According to our records, you are currently living and registered in California's 30th Congressional District.

Today, we want you to know that "Don't Ask, Don't Tell" is officially over.

Gay men and lesbians in the military no longer have to hide who they are, and the servicemembers who were discharged under this policy can re-enlist.

This is one of the administration's signature achievements. Countless Americans fought hard to end this law over the course of nearly two decades, and President Obama is proud to have signed the repeal.

But today's news isn't just a policy promise kept -- it's a personal promise kept to the thousands of people who needed and deserved this change.

I want to share a video the campaign put together about some of the people affected by this law: four stories from men and women who served in the military during "Don't Ask, Don't Tell."

You should watch the video and share it with everyone who cares about fairness and equality in America. 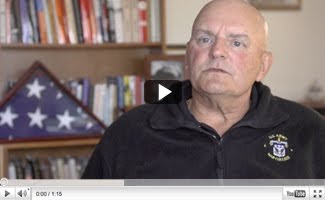 Before my current job, I was in the White House working on getting this done, and I can honestly say that repealing "Don't Ask, Don't Tell" is one of the greatest things I have ever been or ever will be a part of. I think about it every time I walk into my office, where I keep one of the pens the President used to sign the bill.

It's a reminder that -- as broken as Washington is and as long as change can take -- people and organizations can do amazing things when they work together and never waver from the vision that unites them.

Watch four people say what today means to them -- and let us know what it means to you:
http://my.barackobama.com/DADT-Is-History

There's a lot more to do in the months ahead. But today is one to savor.

Jim Messina
Campaign Manager - Obama for America"
Posted by Arnaldo DeSouteiro at 6:36 AM