Kudu albums to be reissued on CD next month

Sony Masterworks Jazz decided to continue the celebration series of the 4oth Anniversary of Creed Taylor's CTI Records with the release of four albums from CTI's subsidiary label Kudu. Due out in the U.S. on October 4 are Hank Crawford's "Don't You Worry 'Bout A Thing" (on its first CD reissue ever anywhere in the world!) and three other titles previously reissued on CD only in Japan: Esther Phillips' "Performance," Johnny Hammond's "Wild Horses Rock Steady" and Lonnie Smith's "Mama Wailer."

All albums were produced by Creed Taylor & engineered by Rudy Van Gelder at his legendary Van Gelder Studios in Englewood (New Jersey), with artwork by Bob Ciano featuring cover pics by such photographers as Alen MacWeeney, William Cadge & Duane Michals, with Pierre Le-Tan signing the painting used on Crawford's item. 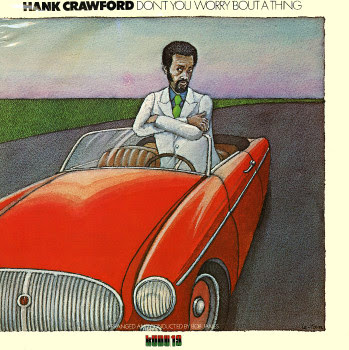 Recorded in June 1974 as the fourth of eight albums that alto sax master Hank Crawford would record as a leader for Kudu, between 1971 and 1978, "Don't You Worry Bout A Thing" represented his third & last studio association with Bob James, who had provided all the arrangements for the previous "Wildflower" (1973) as well as some basic charts for "We Got A Good Thing Going" (1972), to which Don Sebesky had added string arrangements.

"Wildflower" had included a delighful take on Stevie Wonder's "You've Got It Bad Girl" which received a lot of airplay. This explains why Creed Taylor suggested Hank to cover two other tracks by Stevie, both from the groundbreaking "Innervisions" LP for Motown. One of those songs, the latin-tinged "Don't You Worry Bout A Thing" received a frenetic arrangement by Bob James, who also took care of the Fender Rhodes electric piano, the Hohner clavinet and the Arp Pro Soloist synth, with Gary King on electric bass and Bernard Purdie on drums. The second Wonder tune is his classic ballad "All In Love Is Fair."

The sessions included contributions by such other great players as Idris Muhammad, Richard Tee, Ron Carter, Ralph MacDonald and Hugh McCracken, plus the members of the horn (Randy Brecker, Jon Faddis, Alan Rubin, Dave Taylor, Jerry Dodgion, Joe Farrell) and string sections, with Harry Lookofsky as concertmaster. Crawford provided three originals: "Jana," "Groove Junction" and "Sho Is Funky," the latter co-written with Bob James. All subsequent Kudu albums by Crawford were done in collaboration with arranger David Matthews, who would replace James and Sebesky as CTI's in-house maestro after the mid 70s. 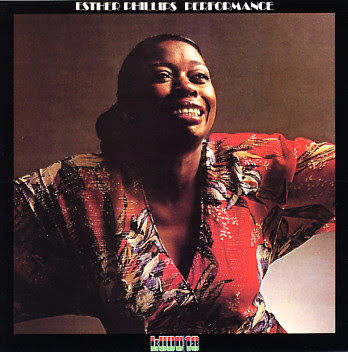 "Performance," cut in May 1974 and arranged-conducted by Alfred "Pee Wee" Ellis, was the fourth of seven Esther Phillips' projects for Kudu. In the 90s, Esther's highly distinctive reading of Gene McDaniels' "Disposable Society" (the only track arranged by the extremely underrated bassist Gary King) became a dancefloor hit in the acid-jazz scene, with the help of Michael Brecker, Bob James, Ralph MacDonald and, mainly, Steve Gadd's breakbeats. 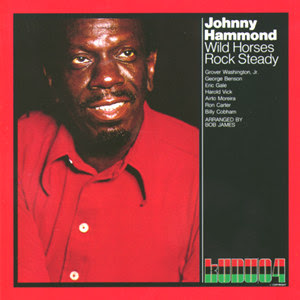 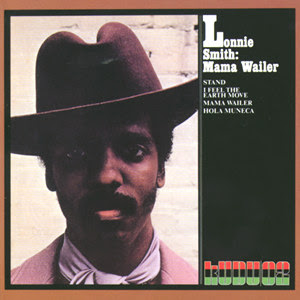 I also had the honor to supervise the 2001 and 2007 Japanese CD reissues of Lonnie Smith's "Mama Wailer," now finally scheduled for domestic release here in the U.S. next month. At my invitation, CTI's top historian Doug Payne provided a fantastic set of liner notes, which can be found here: http://www.dougpayne.com/kunotes2.htm

"If Lonnie Smith considers himself “the doctor of groove,” then Mama Wailer is certainly his doctoral thesis. This 1971 record was only the second of Creed Taylor’s Kudu productions and, surprisingly, the only Kudu or CTI session Lonnie Smith ever participated in. But the record has become a jazz-funk classic; one of the rarest of rare grooves and still highly sought after by young dancers and DJs alike," Payne stated. "All in all, it’s a superb collection of long, exploratory ideas on the nature of groove and the real “turning point” in Lonnie Smith’s musical thinking."