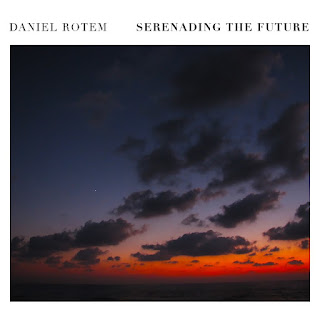 A follow-up to Rotem’s debut album "Be Nice," this new project "Serenading the Future" reflects upon the saxophonist’s life experiences, the wide-spanning perspective he has gained and the lessons he has learned – “in short, it’s about being alive.”

Daniel is excited to celebrate this new release at the Blue Whale, Los Angeles this Saturday, September 29th at 9pm.

Upon utilizing this sophomore album as a platform to express the personal meaning he draws from being human, Rotem has led himself to sequentially look forward to the future. As the saxophonist explains, “every moment in the present is already in the past once it is experienced, and the past, as beautiful and glorified as it might be, is merely a memory.” Rotem encourages us to embrace our past moments and experiences, acknowledge our present blessings and so foresee and celebrate the potential in our futures. The Thelonious Monk Institute of Jazz graduate refers to this album as “a tribute to the future that could be - a call to embrace ourselves, recognize the privilege we have to be alive, respect the world we live in and the people around us, and treat our paths with the same care and love we would treat a partner or a child.”

Growing up in Israel to a mixed family of Ashkenazi and Sephardic Jews, Rotem inherited an awareness for the importance and need for unity and universal equality. “I grew up in a family that embraced equality and respect to all people. It is difficult for me to imagine any other scenario - we are all equal, we are all the same, and share similar if not identical fears, hopes, and yearnings.” Combining this perspective with his approach to music, Rotem strives to establish a sonic landscape that highlights the importance of each human involved in its creation. Rather than focusing on any one individual, Daniel Rotem’s compositional and performance process displays the significance of the artistic collective as a whole - the communication and interaction between people as they interpret and create in union. The opening track “Different But The Same” immediately sets the tone. Featuring prolific guitarist Jeff Parker, this  pulse-free, meditative track symbolizes the absolute truth that while each member of the human species is individual and unique, as a collective, humans everywhere experience the same angst and concern, aspirations and desires.

Amongst other stand-out tracks from the album is “Who Is It?” -  the only song on the record previously recorded on Rotem’s debut. Following his decision to move to Boston to study at Berklee College of Music, where he completed his undergraduate degree, Rotem was feeling both out of place and right where he needed to be. The core genesis of this song is about becoming - who you are vs. who you want to be. While studying at the Thelonious Monk Institute of Jazz Performance, Rotem had the privilege to perform this track alongside Herbie Hancock and Wayne Shorter for the Playboy Jazz Festival. Understandably so, the track still retains a personal significance for the composer.

“Push Through” speaks to those who experience setbacks in their lives. With its repetitive rhythmic motif, it is a reminder for those individuals to never give up, and to continue to trust in themselves, the path they choose to take, their beliefs, perspective and potential. This track exudes an air of solidarity. While “Between Lives” and “Country of Mind” both speak of Rotem’s relationship between Los Angeles and Tel Aviv, “A Cold Ode” was written during a visit to Vermont last December.

In contrast to the Mediterranean climate Rotem grew up in, the snowy surroundings he experienced in Vermont were magical for him. He explains, “the motif for this song came as the sun came out of the clouds: it was cold, but there was a scent of hope, a promise of warmth, and it made the cold more beautiful and less painful.” “Conversation on Letting Go”, as well as the Intro for “Country of Mind” were improvised by the band as a collective. Both tracks reflect the nature of the band, and the emphasis on listening to each other as part of the creative process.

The title and closing track of the album, which features Erin Bentlage on vocals, conveys the idea that we can all achieve the future that we want, not just for ourselves but for the world - “It is about proactively chasing our vision for how things should be and not settling for how things are.” With a lyrical, memorable melody, blending the vocals, saxophone, and violin together to the point where it is difficult to distinguish each, this arrangement mirrors the unity Rotem hopes his music creates and emanates.

“There are a lot of things that are happening in the world right now that are completely unacceptable but I believe in our ability to make things right. If we remember to listen at least as much as we speak, and to offer the same respect and love to others as we would like to be offered ourselves, the world would be different. That is the future we are serenading for.”

"Daniel Rotem is a real seeker.  He has the rabid curiosity of someone who needs to do something new to feel alive.  At this time, when it is rare to find players and artists in the Jazz world who are concerned with more than either technical or commercial validation, he is one of the young artists who one seldom comes across.  One of the rare musicians whose curiosity is part of their DNA.” - Larry Klein

MORE ABOUT DANIEL ROTEM
Saxophonist, composer, and educator Daniel Rotem fell in love with music at an early age and started playing tenor saxophone when he was thirteen. Now at age 27, Daniel is a graduate of Berklee College of Music in Boston and the world-renowned Thelonious Monk Institute of Jazz Performance at UCLA. He has performed on four continents and has had the honor to share the stage with legendary artists from Herbie Hancock, Wayne Shorter, Dee Dee Bridgewater, Dave Liebman, and Billy Childs, to Stevie Wonder, Usher, and Miguel Atwood-Ferguson. Daniel went on a U.S. State Department Tour to Morocco, and had the privilege of leading and narrating a jazz history masterclass and performance hosted by the First Lady, Mrs. Michelle Obama, as part of International Jazz Day in 2016.

Daniel has performed at acclaimed festivals including the Monterey Jazz Festival, the Playboy Jazz Festival, and the Red Sea Jazz Festival, and at famed venues such as The Lincoln Center, The Kennedy Center, the Hollywood Bowl, The Microsoft Theater in LA, and many more. Daniel has taught at the Stanford Jazz Summer Camp and Jazz Institute, and is currently on faculty at the Los Angeles County High School for the Arts (LACHSA), and teaches the LAUSD All-City Jazz Band. His debut album Be Nice was released independently in February 2017.
For more information please visit www.danielrotem.com.
Posted by Arnaldo DeSouteiro at 12:00 AM No comments: 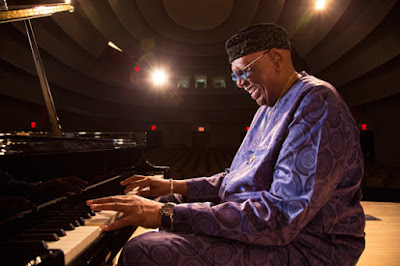 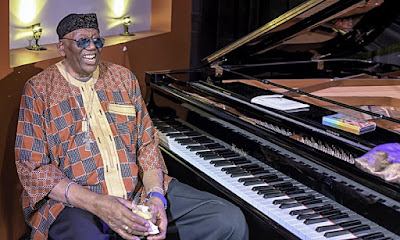 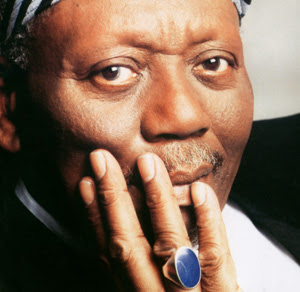 Below, cover images of different issues of my favorite Randy Weston album, "Blue Moses," recorded for CTI in 1972, featuring extraordinary arrangements by Don Sebesky and an all-star cast of musicians: Freddie Hubbard, Ron Carter, Billy Cobham, Airto, Hubert Laws and Grover Washington, Jr. among others. I had the honor to supervise the first CD reissue, that came out in Japan in 2000. The first CD release in the U.S. came out only in 2010. 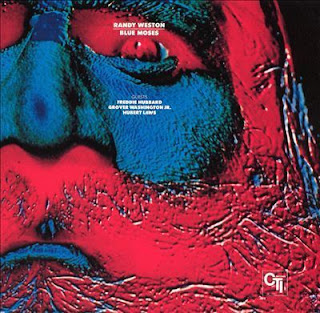 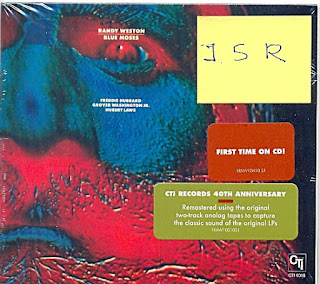 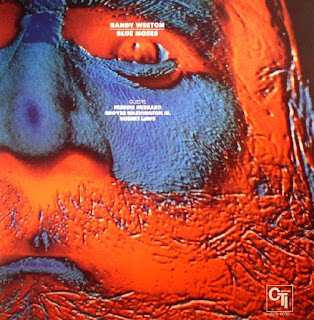 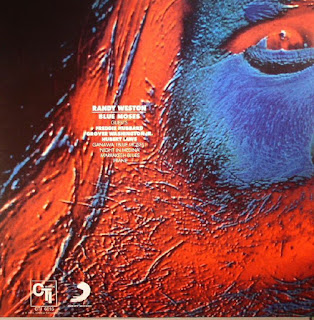 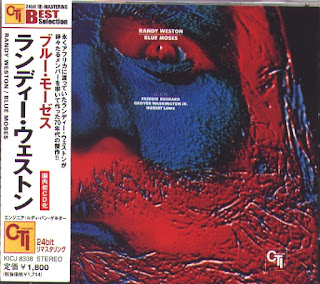 Posted by Arnaldo DeSouteiro at 9:48 PM No comments: 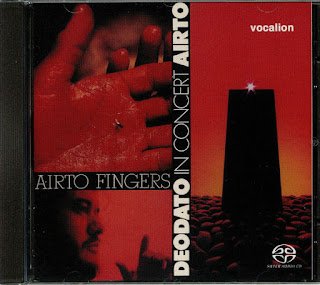 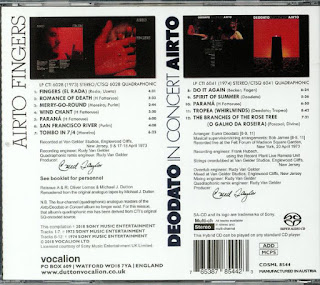 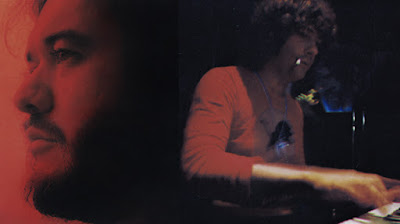 Posted by Arnaldo DeSouteiro at 9:47 PM No comments: 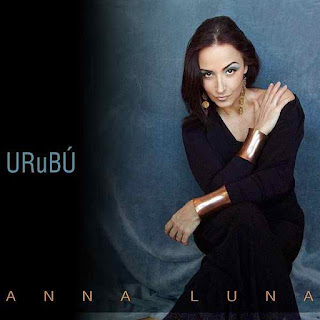