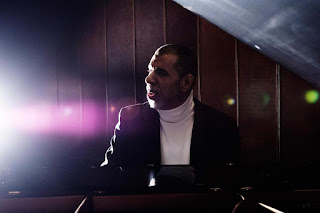 Posted by Arnaldo DeSouteiro at 9:38 PM No comments: 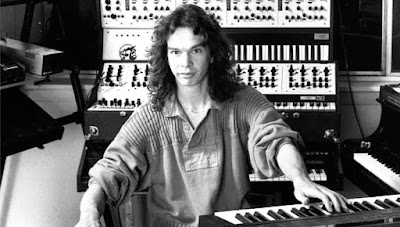 Posted by Arnaldo DeSouteiro at 10:57 AM No comments: 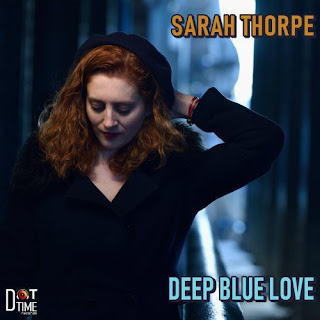 Vocalist Sarah Thorpe delivers an album of sultry original material and thoughtful renditions of jazz classics, pairing her distinctive voice and phrasing with rich arrangements, dynamic soloing and rhythmic gusto.  France-native Thorpe uses the ten pieces performed on this album as vehicles for her expression; A refreshing take on the role of the vocalist in a jazz context. Thorpe’s emotive vocal performance paired with rich harmonic and melodic invention sets her apart in today’s crowded musical landscape.  ‘Deep Blue Love’s intensity and deep musicality is in part thanks to the fantastic personnel at Thorpe’s side.  The album features Olivier Hutman on piano, Darryl Hall on bass, John Betsch on drums and special guests T.K Blue on alto sax, Josiah Woodson on trumpet, Ronald Baker on trumpet and Ismael Nobour on drums.

Sarah Thorpe’s vocal precision benefited from the stimulating coaching of Michele Hendricks (daughter of jazz luminary Jon Hendricks) and Sara Lazarus.  The vocalist is able to bring a clarity of tone and an aesthetic alertness to these time-tested compositions and original material that will be appealing to jazz aficionados and novices alike.  Thorpe blends straight-ahead jazz with modern sounds, eschewing the dreary world of over-played standards, exploring the world of composers such as Wayne Shorter, Carmen Lundy and contemporary players like Bobby Watson, Antonio Hart, Marcus Printup, and Dezron Douglas.

Thorpe’s propensity for modern jazz compositions is evidenced by the pieces the vocalist chose to cover on this release, wonderful instrumental tunes by composers such as Pat Metheny, Horace Silver, Randy Weston and Wayne Shorter which Thorpe seamlessly incorporated into the vocal jazz idiom.  The artist’s wistful interpretation of Horace Silver’s “Lonely Woman”, and her rendition of Randy Weston’s “Pretty Strange” demonstrate Thorpe’s facility as a story-teller as well as a vocalist.  Listeners will enjoy Thorpe’s mesmerizingly pure tone in conjunction with consummate instrumentalist T.K Blue’s flute on Pat Metheny’s “Free”, a truly transfixing arrangement of Metheny’s composition.

Thorpe’s original compositions demonstrate her deep knowledge of the jazz tradition and her deeply innate rhythmic sensibility.  Each track is groove-based and features strong melodies and opportunities for improvisation while still maintaining a deep sense of meaning being espoused from the vocalist’s every lyric.  The album’s title track starts the record off on a high, showcasing Thorpe’s impressive range. The diversity of groove and feel on this album is a treat in and of itself. As the album progresses, the audience is treated to a latin groove, a second-line feel, a waltz and swing grooves each played more genuinely and authentically than the last; on top of these grooves, Thorpe’s voice soars.

Ernie Andrews once sang ‘You Can Hide Inside the Music’. This Jimmy Heath piece tells of the comfort the listener feels through the music. Except that, for the singer, there’s nowhere to hide. The singer is in plain sight. The singer is supposed to be the one bringing the comfort and emotion and soulfulness that you need. Singers will carry the blues for you. They will deliver it to you, taking the plunge under the spotlight of exposure. A singer is a different animal. They can’t hide inside the music.

Sarah Thorpe has always taken such risks, daring to play in all contexts, from duet to sextet, gliding through tricky arrangements or leading the way with no safety net at all. She was born near Paris, of an English mother and French father, growing up in France and regularly visiting Yorkshire. Although she wasn’t steeped in a musical atmosphere, she always felt inclined to develop her artistic abilities. Singing was an early passion and so she sang while she studied philosophy.

She gigged around in Paris and London, studying with Daniela Barda, Sara Lazarus, Rachel Gould, Kevin Mahogany and, most importantly, the unique Michele Hendricks. She paid her dues in bars and restaurants, singing for private cocktails, but all the while she was focusing on her own music, composing and listening intently.

Her influences include Carmen Lundy, Carmen McRae, Dianne Reeves, Aretha Franklin, Lizz Wright, Kevin Mahogany, Erykah Badu and the RH Factor.  This clearly sets her in a creative world apart from run-of-the-mill singers, intent as she is on bringing something new to the table.

Avoiding the theatrics of spectacular tricks, her singing is heartfelt, her voice clear and pure. Within the jazz world, she has built her own world, with melody and emotion at the front—and no, she is not hiding inside the music.
Posted by Arnaldo DeSouteiro at 10:57 AM No comments:

Instrumental Jazz CD of the Month - "Marc Copland: And I Love Her" 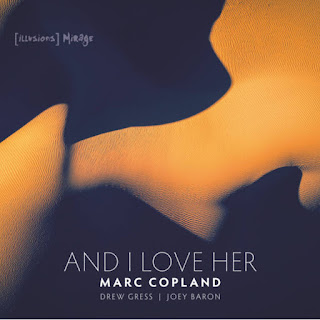 A brilliant trio effort by Marc Copland, a prolific jazz pianist and composer who has played with John Abercrombie, Gary Peacock, Glen Moore, Eumir Deodato (when still using the name Marc Cohn) and many more. He has released almost 40 lead and solo albums since 1988, and has been a sideman on dozens more.
Posted by Arnaldo DeSouteiro at 10:57 AM No comments: