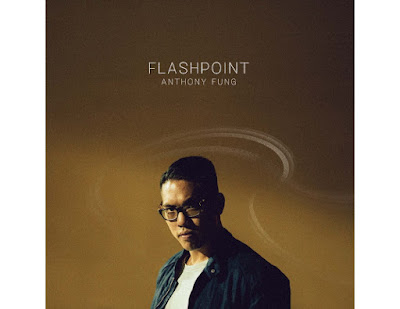 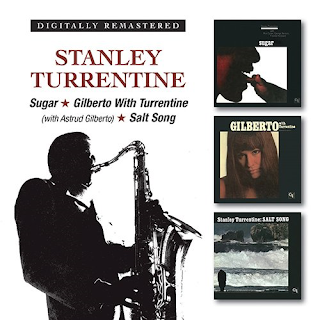 This special 2-CD package, put together by the UK label BGO, includes the first three albums recorded for CTI by the tenor titan Stanley Turrentine. 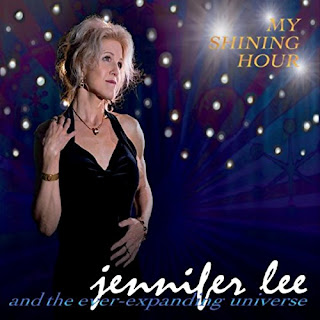 With her first two albums, Oakland-based vocalist Jennifer Lee established herself as a gifted interpreter of the American and Brazilian Songbooks, producing a critically hailed body of work. On her new CD, "My Shining Hour," Lee emerges as a composer who, in the nine years since her last release, has developed a striking repertoire exploring the human condition with humor, compassion, and imagination.

“I always wrote a little bit,” says Lee, “but I certainly never thought of myself as a songwriter. Then a shift happened and all this music started channeling in. It’s like some crazy, overactive muse attached itself to me.”

Sprague, known for his extensive work with Chick Corea, Charles McPherson, and Hubert Laws, produced the album, which was recorded at his studio in Encinitas. He also produced Lee’s first two discs—"Jaywalkin’" (2003), named “finest debut of the year, big label or small” by Dan McClenaghan of All About Jazz, and "Quiet Joy" (2009), a mix of originals, standards, and Brazilian songs described as “a JOY from start to finish” by the late drummer and Grammy-nominated producer Bud Spangler.

“Peter is an extraordinary musician and a deeply soulful player,” Lee says. “Working with him over the years, watching how he’ll reharmonize or phrase a line, I’ve learned so much. It’s definitely influenced my writing.”

Lee wrote 11 of the 13 songs on "My Shining Hour"; all 13 were co-arranged by Lee and Sprague. The Harold Arlen-composed title track (and album opener), which contains an original vocalese written by Lee, is dedicated to her stepfather. “Song of Happy,” the other non-original on the album, is an ebullient Latin number by guitarist Abel Zarate, best known as a co-writer of the Malo hit “Suavecito.”

“Song of Happy” and “Perfect Rendezvous” are duets pairing Lee’s light and bright sound with the warm, resonant baritone of Carey Williams, Jennifer’s life partner and musical collaborator who played with Zarate in the 1970s rock/funk/fusion band The Force. “Carey and I had been performing ‘Song of Happy’ live since 2011, and I fell in love with the song. It’s just so fun and uplifting,” Lee says. “When I brought it to Peter, he created a super-dynamic arrangement for it, which inspired me to write that intricate tapestry of background vocals. The recording is a gift we get to give to Abel.”

Other album highlights are the soulful ballads “Speak Your Love” and “Home,” and the playful, gospel-like “Crammin’ Crepes with Cathi at the Cock-a-Doodle Café,” a tribute to the late jazz singer/songwriter and Jennifer’s close friend Cathi Walkup: “She was a very clever lyricist who encouraged my songwriting endeavors before I ever thought of myself as a songwriter.”

Born in 1964 in Redwood City, just south of San Francisco, and raised in nearby Menlo Park, Jennifer Lee ended up at Menlo-Atherton High School as a pianist to take advantage of the school’s respected jazz program. She continued her jazz piano studies at Foothill College, often accompanying vocalists, all the while nursing her secret desire to sing. She didn’t take the plunge until an early, unwanted glimpse at mortality radically changed her priorities in the late 1980s, when she dropped out of the University of Massachusetts, Amherst to tend to her stricken father.

“My dad got really sick and I came back from school to take care of him,” Lee says. “He died the next year. He was only 51. That really brought things into focus for me. I realized that none of us knows how long we have here on planet earth, so I’d better do what I want to do now.” After her father’s passing, she returned to the Foothill College music department, but instead of backing other singers she took over the microphone herself.

Subsequently studying with esteemed Bay Area jazz singer Kitty Margolis, Lee gradually worked up the courage to start performing in public and honed her jazz technique on a succession of regular gigs around the Bay Area. She made her first appearance on CD in 2001 on "Quintessential," an album featuring three tracks each by five Bay Area singers, including Jenna Mammina and Cathi Walkup.

“It took me so long to come to singing—to finally admit to myself that this is really what I want to do,” says Lee. “Then it took another decade-plus for the songwriter in me to emerge. I’m the epitome of the late bloomer.”

Jennifer Lee brings her Ever-Expanding Universe band to Dizzy’s in San Diego, 8/11, and the Sound Room, Oakland, 9/23, for a pair of concerts showcasing "My Shining Hour."
Posted by Arnaldo DeSouteiro at 12:04 AM No comments: 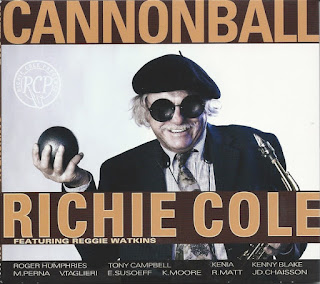 I was introduced to Richie Cole's artistry through his 1978 album "Keeper Of The Flame," released by Muse Records. Love at first sight. Some years later, I got "Alto Annie's Theme" (Palo Alto, 1983) a gift from a much missed friend, radio DJ Felix Grant. Then came several albums for the Milestone label. Cole and Phil Woods became my favorite alto sax players. Woods passed away in 2015, but Cole remains active and recording a lot.

The alto madness of Richie Cole celebrates one of its chief inspirations with the release of "Cannonball". An inveterate bebop stalwart, Cole leads the Pittsburgh Alto Madness Orchestra and several special guests in paying tribute to his hero, the legendary alto saxophonist Julian "Cannonball" Adderley. The album comprises a dozen tunes closely associated with Adderley (including his own "Sack o' Woe"), as well as a brand-new Cole original ("Bell of the Ball").

While Cole often uses ideas from Adderley's arrangements to formulate his own, no one could mistake either of the altoists for the other -- nor would the stubbornly individual Cole want them to. "I didn't try to play like Cannonball, I focused on how he tells a story," says Cole. "You have to tell stories if you're going to connect with an audience and there was no one better at that than him."

In taking on Adderley's repertoire, Cole finds ways to evoke his hero, though often with a twist. Where Nancy Wilson traditionally joined Adderley on "Save Your Love for Me," Cole brings in the vocalist Kenia, who sings bossa nova versions both in Portuguese and English. The altoist recreates Adderley's 1961 solo on "Toy," but not before letting Watkins have his uproarious way with the song. Meanwhile, a rendition of "Dat Dere" closely resembling the version on Adderley's 1960 album Them Dirty Blues is subverted with a newly devised arrangement for all four horns. "It's like where did this big band come from?" Cole says with a laugh.

Cole keeps it tight on Cannonball; most of the tunes stay close to the five-minute mark. "I could stretch out and play my ass off," Cole says. "But then you lose the thread of the story, and the audience. . . . I want to play melodies that regular people, working people, can enjoy."

Richie Cole was born in 1948 in Trenton, New Jersey. His father, a big band enthusiast, ran a local jazz joint called the Harlem Club. Young Richie met any number of great jazz performers there, including Dizzy Gillespie, Art Blakey, and Freddie Hubbard, and at 10 took up alto saxophone on a horn someone had left at the club.

He played in various school bands and, at 16, attended a music camp directed by alto legend Phil Woods (with whom he would record the 1980 fan favorite, Side by Side). He went on to study at Boston's Berklee School of Music, then continued his jazz education in the big bands of Buddy Rich, Lionel Hampton, and Doc Severinsen before forming his own bebop quintet.

Unswayed by jazz-rock trends, Cole in the early '70s began a long association with the great vocalist Eddie Jefferson, with whom he worked until the vocalese innovator's 1979 death, recording among others the popular album Alto Madness. Cole thrived on '80s encounters with Sonny Stitt and Art Pepper and spread his alto madness with pianist Bobby Enriquez and saxophonist Boots Randolph. He turned out a flurry of albums through the '90s with his seven-man Alto Madness Orchestra.

For years, Cole lived the life of a wanderer. Following a romantic breakup, he was talked into moving to Pittsburgh by his daughter Annie. "She had to drag me there kicking and screaming," he says. But as his song "I Have a Home in Pittsburgh" tells you, things have worked out well for him in the Iron City.

"Pittsburgh is like an oasis, an island," Cole says. "There are fantastic musicians here." One of them -- bassist Mark Perna -- helped him create his own label, Richie Cole Presents, on which "Cannonball" is the sixth release.

Cole and his musical partners celebrated the release of the new CD at Wallace's Whiskey Room and Kitchen in Pittsburgh, on October 26.
Posted by Arnaldo DeSouteiro at 12:04 AM No comments: