I became aware of Sylvia Robinson's talent as a composer through an album I bought, back in 1973, when I was 10 years, titled "860 - Sua Paz Mundial," released in my native Brazil by the Som Livre label, reuniting radio hits from the 860 AM Mundial radio station. On that compilation, which also included a version of Eumir Deodato's "2001 - Also Sprach Zarathustra" by Rosco & The Prophetic Band, Robinson's first big hit, "Pillow Talk" was sung by French singer-actress Nicolle Croisile. I've been a Robinson fan since then. Rest in Peace.

Sylvia Robinson dies at 76; produced first hip-hop hit
Robinson owned Sugar Hill Records. The label released 'Rapper's Delight' by the Sugar Hill Gang in 1979. It's considered the first mainstream hit. She also had a solo hit with 'Pillow Talk' in 1973. 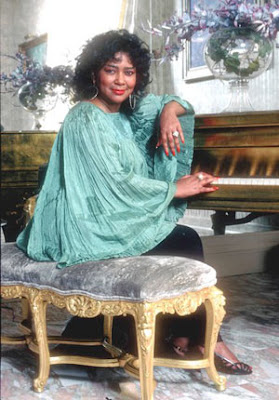 Sylvia Robinson recognized the potential of hip-hop, which was bubbling on the streets of New York City, and sought to capitalize on it. (Michael Ochs Archives / Getty Images)

Associated Press - September 30, 2011
The woman some call the mother of hip-hop has died.

Sylvia Robinson, who had a hit as a singer-songwriter with the sexually charged "Pillow Talk" but was later known as one of hip-hop's early founders for releasing "Rapper's Delight," rap's first mainstream success, died Thursday, according to publicist Greg Walker. She was 76.

Along with her late husband, Joe, Robinson was the owner of Sugar Hill Records. In 1979, the label released the song that would become widely known as rap's first hit, "Rapper's Delight," by the Sugar Hill Gang.

The song was released as hip-hop was beginning to emerge as a genre; for the most part, it was a budding phenomenon bubbling on New York City streets. Robinson recognized the potential of the music and wanted her struggling label to capitalize on it.

"She saw where a DJ was talking and the crowd was responding to what he was saying, and this was the first time she ever saw this before," her son Joey said in a 2000 interview with NPR. "And she said, 'Joey, wouldn't this be a great idea to make a rap record?'"

It turned out she was right. After gathering three rappers — Master Gee, Wonder Mike and Big Bank Hank — to record the 15-minute song, the party groove became a sensation. The condensed version was considered the first rap song to get radio play and reached the top 40 on Billboard's Hot 100 chart.

The Sugar Hill Gang faded into rap history, with no other songs that possessed the flourish of its original hit. But Sugar Hill Records would continue to play a part in the early years of hip-hop with a roster that included Grand Master Flash and the Furious Five.

Robinson's roots in the record industry were deep. She was a blues singer in the 1950s, recording for Columbia and Savoy Records on songs like "Chocolate Candy Blues." Later, she was part of the duo Mickey & Sylvia.

But she had perhaps her biggest hit as a solo artist with "Pillow Talk," a seductive song released in 1973. Robinson was also a producer and songwriter for others.

Posted by Arnaldo DeSouteiro at 6:02 AM