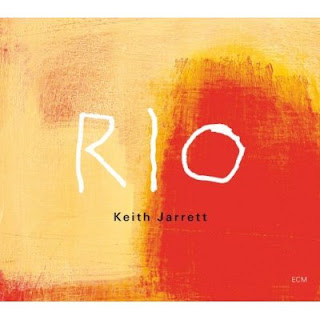 Recorded live in Brazil @ Rio de Janeiro's Municipal Theater on April 9, 2011, Keith Jarrett's new album of solo piano improvisations will be released in the U.S. next October 25 on the ECM label, distributed by Universal Music. The 2-CD set includes 15 tracks, simply titled from "Rio Part I" to "Rio Part XV".

Last April, Keith Jarrett returned to Brazil to play some solo concerts. After a performance in São Paulo on April 6, he traveled to the final concert in Rio de Janeiro in front of a packed house and enthralled audience. Inspired by the electrifying atmosphere, the pianist pulls a broad range of material from the ether: thoughtful/reflective pieces, abstract sound-structures, pieces that fairly vibrate with energy. The set climaxes with a marvelous sequence of encores.

Forty years ago, Jarrett recorded his first ECM album, "Facing You," a series of eight solo piano improvisations recorded in studio. He has refined his approach to solo music many times since then, reaching his height with the ground-breaking "The Köln Concert," followed by several other live albums. Now we have "Rio," his first engaging recording done in Brazil.

This specially-priced (suggested retail price of US$21.87) 2-CD set is, according to Jarrett, one of his best: "beautifully structured, jazzy, serious, sweet, playful, warm, economical, energetic, passionate, and connected with the Brazilian culture in a unique way. The sound in the hall was excellent and so was the enthusiastic audience."

We wish that, someday, ECM could also release some of Jarrett's previous concerts in Brazil, most specially a memorable performance in Rio (at the Theater of the National Hotel), back in 1987, with his "Standards" Trio featuring Gary Peacock and Jack DeJohnette. 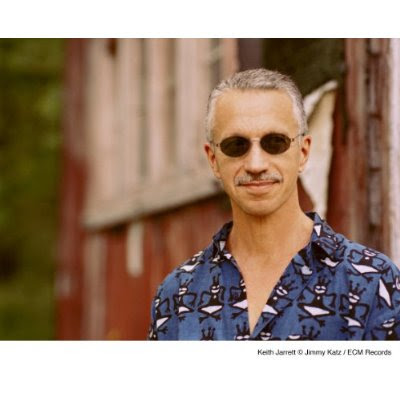 Posted by Arnaldo DeSouteiro at 8:37 AM