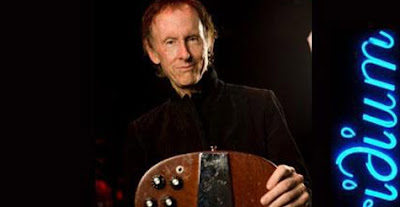 While playing the air guitar in your living room is one way to rock out on a Friday night, it doesn't exactly give you a lot of points the cool department. Get your music on while socializing with someone other than your dog at the Iridium Jazz Club. As the home of Les Paul, the Iridium appropriately specializes in guitar and jazz and features some of the best jazz cats in the biz. Go to the rock end of the jazz spectrum with today's deal of a ticket to see The Robby Krieger Band on September 30 plus a voucher for 50% off any and all drinks all night long for just $15.

The Robby Krieger Band features the lead guitarist, Robby Krieger, for the legendary band The Doors. As a rock and roll guitarist and songwriter, Krieger was responsible for some of The Doors' best-know songs including "My Fire," "Love Me Two Times," "Touch Me"and "Love Her Madly." After the death of Jim Morrison and the eventual disbanding of the group, Krieger took on a new venture with much success as jazz guitarist in his namesake group. In addition to admission to see the band, you will also get half-off all the booze you can drink from citrusy specialty cocktails and both draft and bottles beer to a wide variety of scotch, bourbon, cognacs, tequila and more.