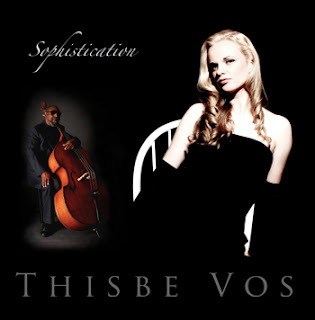 I'm in love with the debut solo CD of LA-based vocalist & composer, it's really pure "Sophistication." Great voice, great material, great musicians, great artwork, gorgeous pics.
Nice versions of the standards -- specially the slow-tempo take on "My Favorite Things" with Henry Franklin's impeccable bass solo, and "A Foggy Day" with the seldom heard verse, although not even Diana Krall's craziest fans cannot stand anymore to listen to "Frim Fram Sauce" -- but my personal favorite tracks are Thisbe Vos' original songs. That's when she really flies freely, with passion and grace, phrasing more creatively and showcasing her full potential as a singer-composer stylist.

What a perfect choice to open the CD with the subtleness and refinement of "House of Make Believe," that takes me to heaven! Her other songs are equally attractive and challenging: "After You've Gone" (not to be mistaken with the Layton/Creamer classic), "When I Come To You" (with her seductive voice intertwining with Harper's tenor sax), "I Am All Right" (nice clarinet, muted trumpet and bass solos), "Pordenone" (the first tune she ever wrote, during a train trip from Italy to Switzerland) and the up-tempo title track, maybe her best creation as a lyricist. But I'm just beginning to see the light...

To order a copy: http://www.thisbevos.com/store.php

http://thisbevos.com/blog/?p=155
And this is the link for an interview for those who want the nitty-gritty. The details of how the album came about, the process of making it and plans for the future. 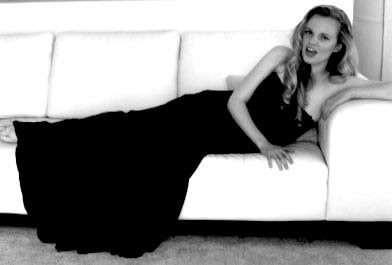 Born close to Amsterdam in The Netherlands, I have been making music from a young age. Having discovered jazz through radio and tv commercials, at seventeen I joined a British swing band and toured with them for several years. I have performed in musicals, clubs, festivals, radio and television shows in over 30 cities in Europe and America.

After some time on the road I also started writing songs. I draw inspiration from my travels — for example, I wrote my first song “Pordenone” on a train from Pordenone, Italy, to Switzerland.

About two years ago I moved to Los Angeles with the goal of recording an album — it is now done and coming out soon! It will contain “jazz standards” and also new songs I wrote in the style of traditional jazz. I hope you enjoy my music and I look forward to hearing from you! 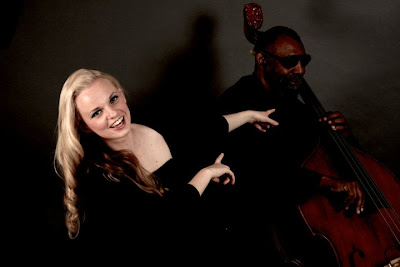 Henry Franklin
Having played the upright bass for over 50 years, Henry has appeared on over 200 albums and CDs, many of which were produced under his leadership. He collected a Gold record with Hugh Masekela on “Grazing in the Grass” and a second one with Stevie Wonder on “The Secret Life of Plants”. Henry has toured extensively and has performed with a long list of jazz greats, including Freddie Hubbard (I love his playing on Freddie Hubbard's "Liquid Love"), Sonny Rollins, Woody Shaw, Hampton Hawes and the Count Basie Orchestra. He founded his own record label “Skipper Productions”, on which he releases a prolific volume of jazz albums featuring old and young talent.

Nolan Shaheed
One of LA’s top studio musicians since 1974, Nolan has recorded with Natalie Cole, Stevie Wonder, Diana Ross, Phil Collins and Anita Baker amongst others. He was the lead trumpet player of the Count Basie Orchestra for several years, as well as a musical director for Marvin Gaye. He has toured with the Duke Ellington Orchestra, the Lionel Hampton Orchestra and many others. He currently owns an in-demand recording studio and works as a music producer in addition to his continuing recording and performing work as a trumpet player.

Gary Matsumoto
Having studied with Miles Davis’ last pianist Kei Akagi (whom I met in the late '70s when he was a member of Flora Purim's group and, later on, when I attended his concert with Miles @ the Montreux Jazz Festival in 1989) at the University of California, Gary graduated in 1999 and subsequently earned a master’s degree from the California Institute of the Arts. He has taken the opportunity to play in many different settings, including jazz, rock, pop, country, and classical - touring with famed MC5 guitarist Wayne Kramer (opening for Cheap Trick) and working with film composer Nathan Wang on various projects, including performing in concert with international recording artists Coco Lee, JJ Lin, Vivian Hsu, and Jenny Tseng. Gary is an in-demand studio musician and a well-known performer on the Los Angeles jazz scene.

Larry Flahive
After studying music in Los Angeles, Larry embarked upon a long and successful career as a jazz pianist. He has played with Kenny Burrell, Art Pepper and Jack Sheldon amongst others. Branching out to R&B and rock, he has opened for the likes of Gladys Knight and Huey Lewis and the News. Larry has produced and arranged several albums including three of his own. He currently heads a quartet and can frequently be heard performing in the Palm Springs area.

Donald Dean
Originally from Kansas City, Missouri, Donald’s drumming career spans more than six decades. Among his credits are six years of extensive touring with Eddie Harris and Les McCann, including the recording of their historic record “Swiss Movement” live at the Montreux Jazz Festival in 1969. He has performed with a wide variety of well-known jazz artists, including June Christy, Anita O’Day, Milt Jackson, Ron Carter, Gene Harris, Ornette Coleman and Ray Charles. Donald can frequently be heard performing in the Los Angeles area.

Geoff Nudell
Since graduating with a music degree from California State University, Northridge, Geoff has played, toured and/or recorded with many artists including Christina Aguilera, Tony Bennett, Peggy Lee, Cab Calloway, Liza Minelli and Fleetwood Mac. His symphonic background includes performances with the Los Angeles Philharmonic and the Los Angeles Opera and his movie and TV work includes playing clarinet for the Emmy award-winning drama “Monk”. He has performed in pit orchestras for dozens of theater productions all over Southern California and is also active as a faculty member at California State University, Northridge.

George Harper
George chose the saxophone as his jazz instrument of choice in the early 50s and has since become known for his soft, dulcet sounds. His touring and performing credits include Ray Charles, Herbie Hancock, The Platters, Jimmy Smith, Curtis Fuller and Hubert Laws. In 2005, he was inducted into the Savannah Coastal Jazz Association Hall Of Fame. He has played on numerous recordings and is currently active as a performer and studio musician in the Los Angeles area, where he plays local clubs and also takes part in music education programs in numerous local schools. 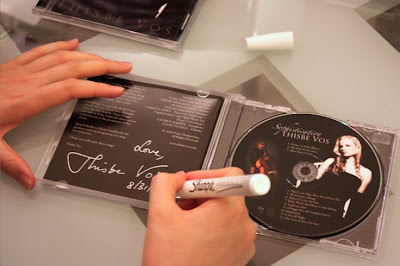 When the women walk on by
You take off your hat and smile
When you’re gone, they stop and sigh
And sometimes they stare a while
You pick up your salad knife
As though you’ve done it all your life

You always tell the host goodnight
You cross your t’s and dot your i’s
Jackets fit, but not too tight
Your wardrobe’s full of matching ties 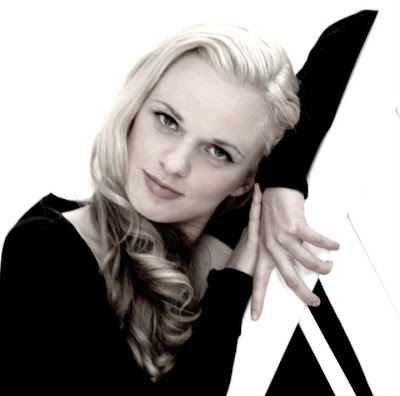 Posted by Arnaldo DeSouteiro at 6:30 AM