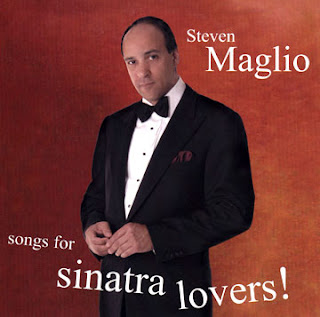 To highlight the anniversary of the recording and celebrate the expanded availability, Mr. Maglio is writing a series of guest blog posts for Limelight, an online mechanical licensing clearance service (www.songclearance.com) powered by RightsFlow, a leading licensing and royalty service provider. The weekly posts provide insightful anecdotes about the 11 iconic songs on the CD, entitled “Frank Fridays: Cover Songs for Sinatra Lovers”. The Limelight utility, used for clearances for the U.S. release of “Songs For Sinatra Lovers”, is a simple online tool currently being used by tens of thousands of musicians and bands to easily and legally clear cover songs for their releases.

“Steven is a gifted and compelling performing who delivers an emotional connection to the Great American Songbook and the songs associated with The Chairman of The Board,” commented Michael Kauffman, RightsFlow’s SVP of Corporate Communications & Content. “Through our Limelight service, we’re extremely gratified to help Steven and others secure mechanical licenses for their favorite standards while ensuring that songwriters and publishers get paid 100% of royalties due.”

An accomplished singer of standards, Maglio is greatly regarded for his renditions of songs made popular by Frank Sinatra. His “Songs for Sinatra Lovers!” CD includes 11 classic Sinatra hits, from romantic ballads to swinging tunes. The collection features favorites such as “Come Dance with Me, “ You Make Me Feel So Young,” “Put Your Dreams Away,” and “Nancy” (with featured accompaniment by renowned guitarist Bucky Pizzarelli, a veteran of Walter Wanderley's group and John Pizzarelli's father.). The project was produced by Bill Gulino and Jay Dittamo with Music Directors Mark Walsh and Bill Gulino. As a matter of fact, Vic Damone, upon hearing Steven said, "I thought I was listening to Sinatra's records."

Mr. Maglio’s career trajectory continues to rise on both musical and theatrical fronts. His long-running nightclub act, “Sounds of Sinatra”, occurs to a packed-house weekly at The Carnegie Club (156 West 56th Street, New York City), and is a testament to his popularity. Each Saturday evening he continues to swing with the 11- piece Stan Rubin Orchestra as part of two shows: “Sinatra: Remembering The Sands" at 8:30PM, followed by "Sinatra Songs" during the 10:30PM set. Additionally as a working actor, Steven will appear in the soon-to-be-released film, “Goat”, featuring an all-star cast headed by Armand Assante and Ice-T. He recently appeared in “Once More With Feeling,” starring Chazz Palminteri and Drea de Matteo.