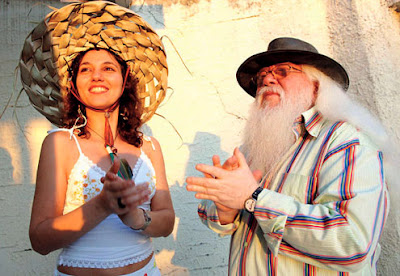 Universal music genius Hermeto Pascoal, charismatic & iconoclastic composer, arranger, multi-instrumentalist and musical visionary returns to Europe this month with his wife, Aline Morena (pictured above), a superb singer and also a multi-instrumentalist herself. In England, they will be performing @ Barbican (London) with a superband, in celebration of his 75th birthday (he was born on June 22, 1936).

Described by Miles Davis as “one of the most important musicians on the planet” and nicknamed the ‘Sorcerer’, he is as likely to produce a piece for kitchen utensils as improvised solos on keyboard or flute - or leading his long established, infectiously swinging Brazilian band in partnership with the all star British band formed back in the 90s to play his exhilarating big band music. 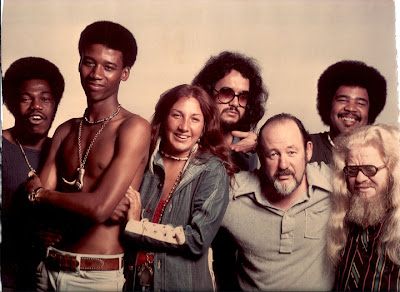 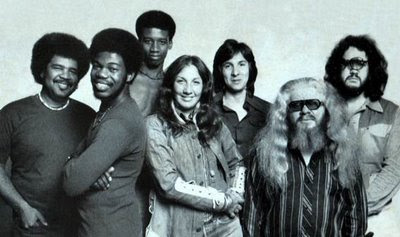 (George Duke, Ndugu, Alphonso Johnson, Flora Purim, David Amaro, Hermeto Pascoal & Airto in California, during the sessions for Flora's "Open Your Eyes You Can Fly" album in 1976)
Posted by Arnaldo DeSouteiro at 2:41 PM