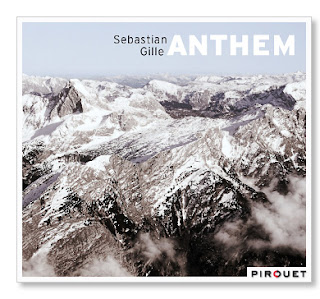 Sebastian Gille, is a saxophonist of exceptionally fine musicality, a jazz musician whose music has stylistic coherence, highly cultivated intensity, and absorbing tonal beauty. "Anthem," his debut album as a leader, is a session that is searching for the sounds that come from deep within, and that is what makes this music exceptional. Highlights: Kurt Weil's "Barbara-Song" and the sublime ballad "You Won't Forget Me" (F. Speilman-K. Goell), popularized by Shirley Horn.

Gille was born February 1st, 1983 in Quedlinburg, Germany, and comes from a musical family. At the age of 14 Sebastian Gille began to play saxophone, and discovered the music of Miles Davis and Wayne Shorter. At 19 he won the "Yamaha Sax Contest", and began to study with alto saxophone giant Phil Woods. A little later he became a member of the German National Jazz Orchestra under the direction of Peter Herbolzheimer. In 2004 the 21-year-old moved to Hamburg to study at the Conservatory for Music and Theater. In 2009 Gilles formed his own quartet with Pablo Held, Robert Landfermann and Jonas Burgwinkel, which finally debuts on Pirouet Records through this intriguing "Anthem."
Posted by Arnaldo DeSouteiro at 3:15 AM