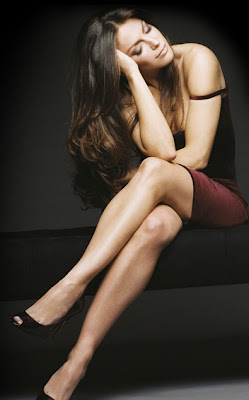 The owner of the legendary Birdland nightclub has gone loony, his ex-fiancee claims in a new lawsuit.

In papers filed in Manhattan Supreme Court, songbird Hilary Kole says nightclub impresario Gianni Valenti forced her to leave him with his "threats and extreme behavior" this past May -- and has been stalking, harassing and threatening her ever since.

Last month, he called Kole "and informed her that he was intending to show up at her October 22 performance at Lincoln Center to cause a tumultuous commotion for the sole purpose of embarrassing" her, the suit says. He's also threatened to "make intimate photographs, videos, recordings and e-mails of her public by releasing them on the Internet."

Kole, 36, now has an order of protection against her 63-year-old ex, but is suing to get her stuff back.

Valenti had a dark side, and repeatedly told her "he would kill her if she ever tried to leave," the suit says.

She was forced to do exactly that in May, and has been paying a price ever since, she says. The suit claims he's left her numerous threatening messages, shown up outside her new boyfriend's home and violated the order of protection "by sending written materials to her home and by sending her text messages."

A lawyer for Valenti did not return a call for comment.

A sultry songbird who has trilled at the Rainbow Room is now squawking in Manhattan Supreme Court over sour notes from her former manager/boyfriend, the owner of the iconic jazz club Birdland.

Hilary Kole, 36, is charging that John Valenti, 63 -- furious since she left him in May -- threatened to kill her, harassed her with more than 100 phone calls, tried to sabotage her career and hijacked their joint savings.

Kole, a rising star in the world of jazz singers, was, at 21, the youngest vocalist ever to have a regular gig at the Rainbow Room. She has since performed at Carnegie Hall, Lincoln Center and abroad and has recorded with jazz greats Oscar Peterson and Michel Legrand.

She is asking the court to break her management and production contracts with Valenti and to order Valenti and his accountant, Howard Weiss, to return more than $556,000 in savings that they accumulated between 2004 and 2011.

Kole says in court papers that she and Valenti shared a joint checking account, bought furniture for homes in Manhattan and the Hamptons and established an investment portfolio.

They also agreed to be heirs in each other's wills.

Valenti helped her make two albums and she performed regularly at Birdland -- helping him double his revenue at the club, she says.

But the good times came to a bitter end.

Kole said she moved out on May 2 because of her lover's "extreme behavior," including a threat to put "intimate photographs, videos, recordings and emails of her" on the Internet.

He didn't take it well.

"Since May 2, 2011,... Valenti has stated (to Kole) 'I better not see you walking down the street or you will pay,'" according to court records.

In June, Kole said, she got phone calls from a stranger telling her precise details of where she had been and with whom. In late September, she said, Valenti parked outside her current boyfriend's home.

Kole said she got a court order of protection after Valenti called to say he planned to show up at an Oct. 22 performance at Lincoln Center and cause "a tumultuous commotion for the sole purpose of embarrassing" her.

A month later, she said, Valenti violated the order by sending written materials to her home and barraging her with text messages.

Kole's lawyer, Lawrence Garbuz, said he could not comment on the case until Valenti is served with legal papers.

He said his client was traveling and unavailable to comment.

Valenti's lawyer, Ivan Saperstein, said he was withholding comment until he had a chance to read the court papers.
Posted by Arnaldo DeSouteiro at 2:05 PM