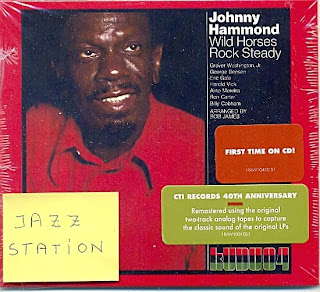 The title of organist Johnny Hammond’s second CTI/Kudu outing is a dead giveaway. Combining the names of The Rolling Stones’ classic “Wild Horses” and Aretha Franklin’s “Rock Steady” gives a good glimpse into the eclectic nature of this release even before the first notes of the recording are heard. Hammond and an incomparable band of sidemen (including Grover Washingtion, Jr., Ron Carter and Billy Cobham among many others) take on standards from the pop world as well as pop-based Broadway show tunes “Who is Sylvia” from Galt MacDermot’s "Two Gentleman of Verona," and “I Don’t Know How to Love Him” from "Jesus Christ Superstar," all with a jazz/soul/funk groove that is as unique as it is unmistakable. 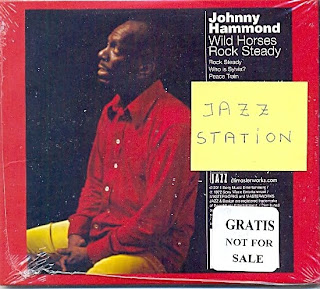 Posted by Arnaldo DeSouteiro at 6:53 AM