Neal Hefti was one of my favorite composers. "Girl Talk" alone would be enough the place him among the best writers and arrangers of his generation.
People don't mention it, but I consider him very influenced by Henry Mancini. A very classy and sophisticated artist.

"Girl Talk" (from the "Harlow" score) remains one of the most charming & sophisticated songs ever written. And Tony Bennett's truly perfect version (arranged & conducted by Hefti himself, with lyrics by Bobby Troup and Lou Levy on piano) for "The Movie Song Album" (Columbia) remains unsurpassed.

Btw, I still treasure a cassette tape that my late friend Richard Templar gave me back in 1980, recorded live at the "Club 21" in Rio de Janeiro. That night, after Bennett's debut concert at the Rio Palace Hotel (in a tour that legendary manager Marcos Lázaro put together with the help of Templar), Tony, Richard and I went together to "Club 21". When TB decided to sit in with the house band (which included Osmar Milito on piano, Flamarion on bass and Nivaldo Ornelas on soprano sax), guess which song he performed? "Girl Talk", in a very jazzy way.
Among the several instrumental versions, I'm very fond of Clk Terry's lush take on his 1977 MPS album "Clark After Dark," recorded in London.

For coincidence, Clark Terry also plays in my favorite vocal version of another Neal Hefti gem, "Li'l Darlin'", done by Mark Murphy in 1961 for his "Rah!" album (Riverside), arranged & conducted by Ernie Wilkins, featuring Bill Evans, George Duvivier, Jimmy Cobb, Urbie Green, Jimmy Cleveland and many other jazz greats.
Murphy recorded the seldom heard lyrics added by Jon Hendricks, although there's a different set of lyrics penned by Bart "Fly Me To The Moon" Howard and recorded by the likes of Mel Tormé, Ella Fitzgerald and Monica Zetterlund under the title "Don't Dream of Anybody But Me."
Among the several instrumental versions of "Li'l Darlin'", my favorite one belongs to the 1978 Pablo album "Milt Jackson + Count Basie + The Big Band Vol.1".

In a completely different mood, I must recommend two fantastic interpretations of "Little Pony" (lyrics by Jon Hendricks too). Coincidentally (or not), both recorded by two vocal groups (of different eras) on their best albums ever. The first one belongs to Lambert, Hendricks & Ross' vocally revolutionary "Sing A Song of Basie" LP, produced by Creed Taylor for ABC-Paramount in 1957 and reissued on CD in 1993, in a limited pressing on the CTI label. The second version was cut by The Pointer Sisters for "That's A Plenty" (Blue Thumb, 1974), with Herbie Hancock (acoustic piano), Ron McClure (acoustic bass, whom I saw performing with Michel Legrand in Rio back in 1987 at the Rio Municipal Theatre )and drummer Gaylord Byrch playing their asses off on "Little Pony". So far, this album has been reissued on CD only in Japan.

Needless to say, I grew up listening to NH's theme for the "Batman" TV series.
Hefti's obtuary published today in the LA Times follows. 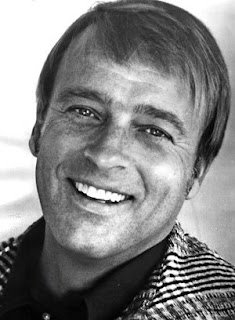 Neal Hefti, a former big band trumpeter, arranger and composer who worked with Woody Herman and Count Basie and later composed the memorable themes for the movie "The Odd Couple" and the campy hit TV series "Batman," has died. He was 85.

Hefti died Saturday at his home in Toluca Lake, said his son, Paul. He did not know the cause of death, but said his father had been in good health.

"Everybody in the music business loved Neal Hefti," radio and television personality Gary Owens, a longtime friend, told The Times on Tuesday. "He was one of the really great arrangers and composers of all time," Owens said. "He worked with all those guys -- Charlie Spivak, Harry James, Woody Herman -- and he made arrangements that were just spectacular."

Described as "one of the most influential big band arrangers of the 1940s and '50s" in "The Encyclopedia of Popular Music," Hefti turned his attention to composing for film and television in the 1960s.

Among his credits as a film composer are "Sex and the Single Girl," "Harlow" (one of his most famous tunes, “Girl Talk,” came out of the score), "How to Murder Your Wife," "Boeing Boeing," "Duel at Diablo," "Barefoot in the Park," "A New Leaf," "Last of the Red Hot Lovers" and “The Odd Couple,” whose theme he reprised for the 1970s TV series.

Hefti also gained wide notice for composing the energetic title theme for “Batman,” the over-the-top 1966-68 superhero series that became an overnight sensation. It was, Hefti later said, the hardest piece of music he ever wrote. "I tore up a lot of paper," he told Jon Burlingame, author of "TV's Biggest Hits," a 1996 book on television themes. "It did not come easy to me. . . . I just sweated over that thing, more so than any other single piece of music I ever wrote. I was never satisfied with it."

"Batman," he said, "was not a comedy. This was about unreal people. Batman and Robin were both very, very serious. The bad guys would be chasing them, and they would come to a stop at a red light, you know. They wouldn't break the law even to save their own lives. So there was a grimness and a self-righteousness about all this." Hefti said it took him "the better part of a month" to come up with the theme. "I was almost going to call them and say, I can't do it," he said. "But I never walk out on projects, so I sort of forced myself to finish."

Hefti's "musical solution to a combined dramatic and comedic problem," Burlingame wrote in his book, "was perfect: bass guitar, low brass and percussion to create a driving rhythm, while an eight-voice chorus sings 'Batman!' in harmony with the trumpets. It was part serious, part silly: just like the series."

Hefti's "Batman" tune became a Top 40 hit -- for both the Hefti and the Marketts' versions -- and won a 1966 Grammy Award for best instrumental theme.

The son of a traveling salesman, Hefti was born Oct. 29, 1922, in Hastings, Neb. He began playing the trumpet at age 11. His family was poor, and in high school he started playing in local bands during summer vacation to help out his family financially. Hefti began writing arrangements in high school for local bands, and some of his arrangements also were used by the Earl Hines band.

In 1941, two days before his high school graduation, Hefti was asked to tour with the Dick Barry band, which had lost some of its musicians to the military. The short-lived job ended in New Jersey. But other band jobs followed, including playing with the Bob Astor, Charlie Barnet, Bobby Byrne, Horace Heidt and Charlie Spivak bands.

Hefti, who was classified 4-F during World War II after being hit by a car in New York and breaking his pelvis, joined Woody Herman's band in 1944.

He did the arrangements for many of the Herman band's popular recordings, including composing and arranging "The Good Earth" and "Wild Root." He also co-arranged, with Ralph Burns, "Caledonia." In 1945, Hefti married the Herman band's lead female vocalist, Frances Wayne. They remained married until her death in 1978.

Hefti formed his own band in 1951, with his wife as lead vocalist. But after two years of touring, he returned to arranging and studio work. As a composer and arranger for Basie in the 1950s, Hefti composed numerous tunes that were featured on various Basie albums.

That included the Grammy Award-winning album "Basie," which Hefti produced. Known as "Atomic Basie" because of the atomic explosion pictured on the cover, the album featured 11 songs composed and arranged by Hefti, including "Splanky," "Kid from Red Bank" and "Lil' Darlin," which Hefti wrote for his daughter.

"If it weren't for Neal Hefti," legendary trumpeter Miles Davis said in a 1955 interview, "the Basie band wouldn't sound as good as it does."

While he was head of A&R (Artists and Repertoire) at Reprise in the early '60s, Hefti arranged and conducted "Sinatra and Basie: A Historical Musical First" and "Sinatra and Swingin' Brass."

Hefti retired in 1976. In addition to his son Paul, a music composer, Hefti is survived by a brother, Joe; a sister, Pat Wacha; and three grandchildren. Services will be private.