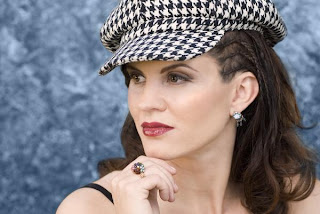 Next Tuesday, October 28, Edgardo Cambon and Candela will be playing Yoshi's San Francisco at 8 and 10 pm, along with a host of special guests, for his CD release, "Celebrando 20 Años".

And Tuesday, November 25, Alexa Weber Morales be playing Yoshi's Oakland with her band, focusing on originals, French, Cuban and Brazilian tunes and probably the kitchen sink thrown in for good measure. Stay tuned for more information on how to get tickets!

So here come the politics: Alexa has sent me some suggestions made by one of the Bay Area's finest singers, Sandy Cressman, who has invested much time and energy in the Obama/Biden campaign:

2) If you can get away for a weekend to canvass in a swingstate--there are two left before the election.
http://my.barackobama.com/page/content/driveforchange
There have been thousands of Californians going to Nevada everyweekend....but it will be even more important to go to NewMexico....Ohio....Florida...

3) Get involved calling voters in swing states. You can do this fromthe comfort of your own home:
http://my.barackobama.com/page/votercontact/login?requested=%2Fpage%2Fvotercontact%2Fswitch_campaign%3Fcampaign_id%3D3Yg
********
Alexa has also put a few new (original) tunes on YouTube, including a sillypolitical one that garnered laughs Friday night at an Obama fundraiserin Oakland.
So Erratic (Electile Dysfuntion)
http://www.youtube.com/watch?v=cll86-zoj3w
Posted by Arnaldo DeSouteiro at 8:52 AM