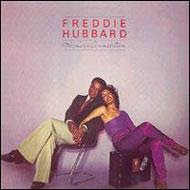 Two overlooked gems from Columbia's late 70s jazz catalog will be finally reissued on CD, in Japan, on November 26, 2008 by Sony Music. Both are among the best solo albums that former CTI superstars Freddie Hubbard and Hubert Laws recorded for CBS, after having worked for Creed Taylor's revolutionary jazz label during its heyday.

Claus himself once commented about his sublime arrangement on John Latouche/Jerome Moross' "Lazy Afternoon", one of his favorite scores ever to one of his personal favorite tunes, which he recently re-recorded with Danilo Perez for "Across the Crystal Sea":
"There was a chain of events: when I worked in New York on Stephane Grappelli's album, I told Jimmy Rowles (who played on some of the tracks) that I was going to L.A. to do an album with Hubbard. Curiously, Jimmy asked me to remind Freddie to record "Lazy Afternoon". There must have been some link, maybe the two played the song together at one point. I always avoid to praise my own work. The excellent German composer Hans Pfitzner dwelled in self-praise of his own compositions. I have found this to be tacky. So, without being asked and at the risk of getting misunderstood, I say that the slow parts of "Lazy Afternoon" arranged for Freddie Hubbard are my best work and all I can do as an arranger. This chart and its recording alone was worth my coming to the United States."
'Nuff said?
Hubert Laws' "Say it With Silence", from 1978, features a delightful version of Joe Sample's "It Happens Everyday", which became a jazz radio hit in the USA, specially in California. Sample plays Fender Rhodes on that track, as well as on "False Faces", a vehicle for Debra Laws' vocals (she's one of Hubert's talented sisters). The three other extended tunes are "The Baron", "Love Gets Better" and the title track "Say It With Silence", recorded by Rudy Van Gelder. All other tracks were engineered by Chris Brunt at Indigo Ranch Studio. The album was co-produced by Hubert and his brother, tenor sax player Ronnie Laws.
Among the other musicians are: Victor Feldman (playing percussion!), Pops Popwell, Gregg Errico, Barnaby E. Finch, Melvin Robinson, Jerry Peters, Garnet Brown, Maurice Spears, Snooky Young, Ray Brown (the trumpet player, not the bassist), Anthony Lewis, Mike Richmond, Danny Gottlieb, Mark Gray, Jimuffington, Barry Finnerty, Hiram Bullock, Sue Evans, Mike Mandel, Tom Malone, Tony Studd, Wayne Andre, Alan Rubin, Lew Soloff, Marvin Stamm, plus a string section arranged & conducted by Laws himself.
Posted by Arnaldo DeSouteiro at 11:03 AM