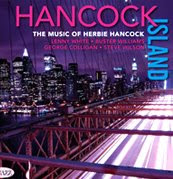 The Hancock Project Live at the Blue Note Tonight

In anticipation of a forthcoming release on Chesky Records, the celebrated jazz masters Lenny White, Buster Williams, George Colligan and Joe Locke will perform the music of Herbie Hancock at New York's famed Blue Note tonight, October 28. Show times are at 8 pm and 10:30 pm. For reservations, call (212) 475-8592 or visit www.bluenote.net

Herbie Hancock is a true icon of modern music. Throughout his explorations, he has transcended limitations and genres while still maintaining his unique, unmistakable voice. Herbie's success at expanding the possibilities of musical thought has placed him in the annals of this century's visionaries. With an illustrious career spanning five decades, he continues to amaze audiences and never ceases to expand the public's vision of what music, particularly jazz, is all about today.

Herbie Hancock's creative path has moved fluidly between almost every development in acoustic and electronic jazz and R&B since 1960. He has attained an enviable balance of commercial and artistic success, arriving at a point in his career where he ventures into every new project motivated purely by the desire to expand the boundaries of his creativity. There are few artists in the music industry who have gained more respect and cast more influence than Herbie Hancock. As the immortal Miles Davis said in his autobiography, "Herbie was the step after Bud Powell and Thelonious Monk, and I haven't heard anybody yet who has come after him." Hancock's most recent album, the controversial "River: The Joni Letters," won the Grammy Award for Album of the Year in 2007, although at least 10 of the dozens of albums he had previously released were 100 times better (the recent pop masterpiece "Possibilities" among them).

Paying tribute to Hancock at the Blue Note tonight are:

LENNY WHITE: Lenny White has played with virtually everyone in the music business and has co-created some of the most influential music over the past three decades. He has also expanded and reinvted his career by becoming a great producer. Alternating between drummer and producer and always on the uctting edge of the music scene, Lenny has been continually pushing the musical envelope.
He has collaborated with many of jazz music's greatest artists, including Miles Davis, Freddie Hubbard, Ron Carter and Joe Henderson, to name a few. Not to mention his work with Chick Corea's Return to Forever, recently reunited for a world tour last Summer.

Awards include a Grammy in 1979; the Min-On Art Award; the SGI Glory Award the SGI Cultural Award; the RVC Corporation RCA Best Seller Award; NEA recipient; New York Fellowship Grant; 5 Stars from Downbeat magazine for the album "Crystal Reflections" listed in Who's Who in Black America; and numerous proclamations.

JOE LOCKE: Joe Locke is regarded by many to be the most gifted vibraphonist of his generation. In addition to his strengths as an instrumentalist, recent recordings and live performances by The Joe Locke / Geoffrey Keezer Group, The Joe Locke Quartet, Rev.elation - The Music of Milt Jackson and his group "4 Walls of Freedom", offer evidence of his ever-growing stature as a band leader, composer and conceptualist.

Joe Locke has released more than 25 recordings as a band leader, and appeared on almost 100 albums as a guest artist. As a jazz musician, Locke was precocious, having played with such luminaries as Dizzy Gillespie, Pepper Adams and Mongo Santamaria before he was even out of high school. Since moving to New York City in 1981, Joe has performed with Grover Washington Jr., Kenny Barron, Dianne Reeves, Eddie Daniels, Jerry Gonzales' Fort Apache Band, Rod Stewart, The Beastie Boys, Eddie Henderson, Hiram Bullock, Bob Berg, Ron Carter, Jimmie Scott, Geoffrey Keezer, The Mingus Big Band and Randy Brecker, among many others. His best albums were cut for the Milestone label in the 90s.

GEORGE COLLIGAN: George Colligan is a New York based pianist, organist, drummer, trumpeter, teacher, and bandleader, who is one of the most original and compelling jazz artists of his generation .An award-winning composer (Chamber Music America/Doris Duke Foundation grant recipient) and player (winner, Jazzconnect.com Jazz Competition), Colligan is highly in demand as a sideman, having worked with players like Cassandra Wilson, Don Byron, Buster Williams, and Lonnie Plaxico, both on the bandstand and in recording sessions (appearing on over 100 CDs). He has released17 recordings full of his intelligent writing and impressive technique.

His latest CD on the Ultimatum label is entitled Blood Pressure . Colligan’s musical style incorporates everything from showtunes to funk, from free improvisation to 20th century classical music. His performances include dazzling technique as well as mature restraint. Colligan recently joined the faculty of the Juilliard School of Music.
Posted by Arnaldo DeSouteiro at 10:12 AM