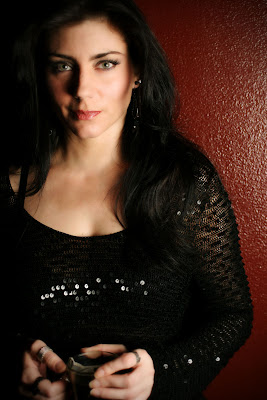 Featuring: John Chiodini, Sinclair Lott and João Gilberto's favorite bassist, Jim Hughart, who recorded on Gilberto's albums "Amoroso" (arranged by Claus Ogerman), "Brasil" (orchestrated by Johnny Mandel) and "Joao" (scored by Clare Fischer), besides having performed with everyone in the LA jazz scene - from Joe Pass to Natalie Cole.

Growing up in Connecticut and Iowa, Laguna Beach resident Elaine Miles absorbed the music heard on her parents' records: popular stylists such as Peggy Lee, Nat King Cole, Ella Fitzgerald and Frank Sinatra. She also fell in love with Hank Williams and the classic country music played by her uncle. She had a "weakness for the sad stuff, no matter what genre," she says now. These days, the sultry, deep-voiced Miles tackles everything from Cole Porter chestnuts and Sting's "Fragile" to songs never designed to be vocalized, like some challenging Thelonious Monk material. "I'll be working on the two loves of my childhood-jazz and country," Elaine says. "The moments in between will be spent making the trouble I'll write about in my songs."

Btw, Elaine Miles will be providing lyrics for "Creeporia" as well as playing a featured part in the movie, a new comedy-horror film from Asylum House Productions. The world’s oldest, living, undead actress would love you to add this page and share it with your friends! "Creeporia" is currently in pre-production and is scheduled to begin filming this month.

Posted by Arnaldo DeSouteiro at 9:33 AM