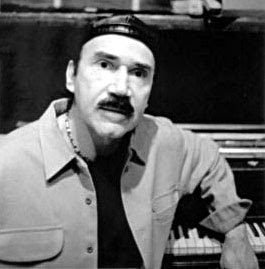 New York label, Graffiti Productions, has announced that pianist/composer Paul Serrato will be in concert September 15, 2007 in Japan. The piano solo event will be in Toyota City at Nohgakudo Concert Hall. This new hall which was completed in 2003 and seats 1000 is also a renowned center for Noh Drama Theatre.

Serrato will be performing music from his CDcatalog, including his current release, Pianomania, enjoying popular success on jazz radio throughout the U.S.

Produced by Hiromi Kinoshita, the concert is being sponsored by Ronald McDonald House Charities. The organization provides programs to help families with children in need through appropriate hospital settings, family rooms and mobile care programs.

Paul feels a kinship with this cause since, in addition to producing music, he works for the New York City schools, teaching English to immigrants in underserved communities.

Pianomania is the piano as storyteller, inspired by the muse of New York, itself a city of perennial improvisation and mood swings. The program presents Paul's compositions composed and recomposed. Drawing on a time honored tradition in jazz, he "reimagines" his pieces over time, "tinkering," as he puts it. This is how he describes his creative as, “sitting down at the piano and letting ideas flow through the fingers…have faith that something tempting will eventually present itself in the emergence of a musical idea.”

The piano legacies Paul draws on are diverse. Aspects of the Bud Powell spirit can b e heard in “Urbanicity” and “Nighthawks” (“Un Poco Loco” and “Dry Soul” are two of his particular favorites.) Flashback calls to mind some of Eddie Palmieri's Spanish flights, as does No Return. But, ultimately, the point is to let you, the listener's imagination, loose to reap the final rewards of this indelible set of pieces and performances.

Accompanying musicians include Hill Green, recently returned from a tour with Little Jimmy Scott when these sessions began. In addition to the traditional bass man's role, he's heard coaxing his strings into surprising bursts of expression, particularly in “Flashback” and “Kroma.” Henry Morales, (himself having returned from a tour with Jimmy Bosch), shares his deep knowledge and experience of the congas to provide the rich variety of rhythms that give Pianomania its urban drive and spirit.

Ask where Paul Serrato is playing and one answer you're likely to get is "on the radio." After more than a decade of releasing and distributing his music on his indie Graffiti Productions label, he has built up a strong and devoted fan base among jazz listeners across the country. Astute viewers have heard tracks from his label's releases on a panoply of television shows.

To listen to tracks or to purchase click here!
Posted by Arnaldo DeSouteiro at 11:34 AM