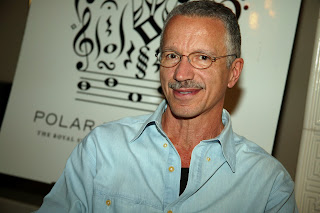 Before his concert at the Umbria Jazz festival in Italy even started, Keith Jarrett managed to insult his audience ( Frankfurter Allgemeine Zeitung ). He used the "A word" and the "F word" even twice and authorized anybody seeing his neighbor using a photo cell phone to get rough. The audience of about 5,000 was quite puzzled by this behavior; and the trio with Gary Peacock and Jack DeJohnette played just as dull as could be expected from the sulkiness of the pianist. During intermission much of the audience left the concert. The local press wrote that Jarrett not only insulted his audience but the whole festival.
Posted by Arnaldo DeSouteiro at 5:15 PM