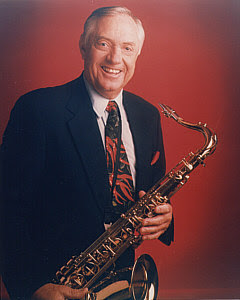 The saxophonist Boots Randolph died July 3rd in Nashville, Tennessee, at the age of 80 from cerebral hemorrhage. In the 50s Randolph became a vital part of the so called "Nashville Sound" which blended pop and country influences. He accompanied many pop greats such as Elvis Presley and Roy Orbison, but also recorded with country stars like Chet Atkins or the dixieland trumpeter Al Hirt. In 1977 he opened his own club in Nashville which became his home base for 17 years. Obituaries: Washington Post , The Independent .
Posted by Arnaldo DeSouteiro at 4:20 PM