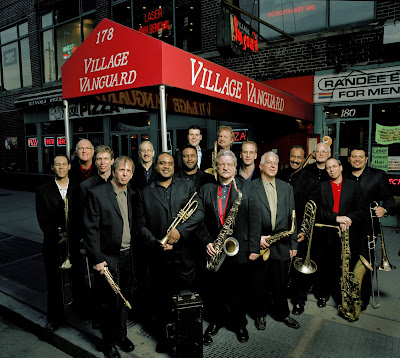 MONDAY NIGHT LIVE AT THE VILLAGE VANGUARD
Produced by the Vanguard Jazz Orchestra and Planet Arts in association with The Village Vanguard and Sixteen As One Music Inc.

The week will also include workshops in area schools, open rehearsals and seminars focusing on the life, times and music of Thad and Mel. In keeping with the Thad Jones/Mel Lewis philosophy of presenting new music, each night will feature premier performances of a new work during the second set.

A special feature of the week will include a live recording - THE VANGUARD JAZZ ORCHESTRA – MONDAY NIGHT LIVE AT THE VILLAGE VANGUARD. This Planet Arts Recording is scheduled to be released as a 2 CD set with bonus tracks of re-mastered archival material.
Posted by Arnaldo DeSouteiro at 8:25 PM