Obama: "Our Plan This Summer" 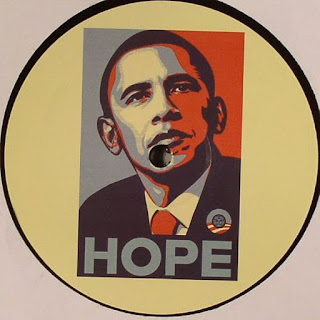 According to our records, you are currently registered in California's 30th Congressional District.

You've been hearing from Messina about our overall strategy and what's at stake in this election. My job as the Battleground States Director is to report back to you on the nuts and bolts of what we're building in communities across the country.

I want to take you through it in detail, so you can understand how to get involved and shape our organization where you live.

We're going to build it from the ground up. And we're going to use this summer to roll out our team model and organizing structure through grassroots planning sessions in homes and by videoconference.

Here's the full briefing -- watch it here, and if you're willing to get involved now and be part of the organization in your community, let me know:
http://my.barackobama.com/Grassroots-Update

Some of these planning sessions are already under way, and we're starting to get some feedback. I got one email from a supporter named Steven, who hadn't been involved at all since 2008, and only went to his grassroots planning session on a whim.

As a result, he's all-in -- he wants want to get involved fast, and also has all sorts of new ideas for how he can apply his skills better this time and which friends and colleagues he can reach out to about joining the campaign.

The subject line of his email about the meeting was "Inspiring night."

This kind of organization-building isn't just an electoral strategy -- it's a reflection of what we believe in as voters and citizens. It's a commitment to the kind of politics that begins in backyards and living rooms and empowers every single American to get involved and organize for the changes they want to see.

At a moment when it feels like the only thing that separates our opponents is how quickly they want to end Medicare as we know it, winning this way -- driven locally, powered by the grassroots -- will be a rebuke to those in Washington who still think that people across the country don't have a seat at the table where decisions are made.

I'm asking you to pull up a chair. If you're willing to get involved now, at this crucial point in the campaign, let me know here:
http://my.barackobama.com/Grassroots-Update

P.S. -- If you don't have time to watch the video, here's a quick rundown on where we stand:

-- Messina mentioned the one-on-one initiative last month. We're going to talk with every person who volunteered or made a donation last time. So the staff and I started making calls and meeting with people one-on-one. And then those people started having their own one-on-ones with others. So far more than 75,000 individual conversations have happened across the country. The results are a massive army of newly energized volunteers, plus thousands of pages of ideas and feedback that will inform how we shape our organization nationally.

-- Grassroots planning sessions are under way across the country -- we've had dozens so far with more than a hundred still to come. Everyone has been or will be invited to one.

-- You heard about our Summer Organizer Program when we asked you to help recruit them. Well, there are now hundreds across the country, and they start next week. We were pleasantly surprised that the number of applicants far exceeded what we saw when we launched this program in 2008, and you'll be hearing more about them -- and in many cases from them directly -- in the coming months.
*********
This campaign isn't funded by lobbyists or corporate interests. We rely on donations from people like you. Please donate $5 today.
Contributions or gifts to Obama for America are not tax deductible.
Posted by Arnaldo DeSouteiro at 5:08 PM