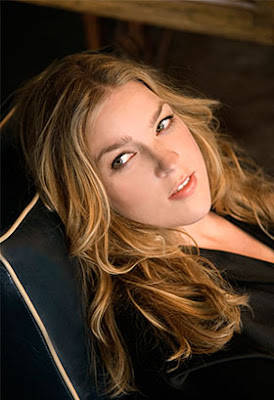 On Saturday, May 7, nearly 1,500 supporters, including celebrities, prominent philanthropists, business leaders and elected officials will gather at the L.A. Live Events Deck for “Dream for Kids: The Grand Opening Gala,” presented by Starz, LLC and proudly supported by AEG, benefiting Children’s Hospital Los Angeles. The magical evening will celebrate the hospital’s 110th anniversary and its new hospital building, which will be the nation’s most technologically advanced pediatric hospital when it opens July 10.
*************
“Dream for Kids: The Grand Opening Gala”

Honoring those at the hospital’s core mission — children and adolescents — guests will be surrounded by an interactive atmosphere featuring entertainment from more than 175 young artists, including the Debbie Allen Dance Academy, Los Angeles County High School for the Arts and Young Musicians Foundation Debut Orchestra, conducted by Richard Kaufman. Guests will enjoy food specially prepared by renowned celebrity chefs Wolfgang Puck and Nobu Matsuhisa, who will also attend the gala. The evening is being produced by Sequoia Productions, which has produced the celebrated Governors Ball for the Academy Awards and Emmys for more than 20 years. Gorgeous décor and design will create a one-of-a-kind event.

The evening will also feature a performance by three-time GRAMMY® award-winning pianist and singer, Diana Krall. The world fell in love with the Canadian-born artist’s breathy vocals and rhythmic lilt when she released the Johnny Mandel-arranged "When I Look in Your Eyes," which won a GRAMMY for best jazz vocal album. Krall continued to receive critical acclaim with "The Look of Love," a collaboration with German genius Claus Ogerman that became a No. 1 US bestseller; the stunning "Live in Paris" DVD; "The Girl in the Other Room," featuring six tunes co–written with husband Elvis Costello; "Christmas Songs," and "From This Moment On," which coincided with the birth of her twin sons. Krall’s 12th and latest album, "Quiet Nights," once again scored by Claus Ogerman, has similarly been met with the highest praise, followed by the "Live in Rio" DVD, arranged by Ogerman and conducted by Ruriá Duprat.

The hilarious and talented Eric Stonestreet will serve as Master of Ceremonies, taking guests through an evening of celebration to benefit Children’s Hospital. With two Emmy® awards in hand for his performances on the hit TV series Modern Family, Stonestreet has celebrated a 13-year career creating memorable characters on more than 15 shows, such as Dharma & Greg, ER, The West Wing, Providence, The Mentalist, N.C.I.S., Nip/Tuck and the original CSI.

GRAMMY-winning vocalist Patti Austin will perform the gala’s Grand Finale with the Dream for Kids Ensemble, delivering a powerful message of inspiration. Austin is a celebrated R&B and jazz singer whose music has topped the charts for more than 30 years. On May 17, Austin will release her 18th album, Sound Advice, which is destined to be another musical gem in a catalog that consists of seventeen albums and dozens of guest appearances.

“We have been inspired and thrilled by the support of the community in reaching our goals to build a new hospital building and provide even better services to children and families,” said Richard D. Cordova, FACHE, president and chief executive officer at Children’s Hospital Los Angeles. “‘Dream for Kids’ will not only honor those who helped make this dream a reality, but it will celebrate the fact that we are even better-equipped to give our young patients and their families the best chance at winning the many battles they face against illness, injury and disease.”

Three major contributors to the success of the campaign and the new hospital building will be honored during the gala. Children’s Hospital Los Angeles Board of Trustee Co-Chair Marion Anderson will be honored with the “Living Proof Visionary” Award and New Hospital Building Campaign Co-Chairs Trustee Mary Hart and Chris Albrecht will receive the “Building the Dream” Award.

“Dream for Kids: The Grand Opening Gala” is proudly supported by AEG, presented by Starz, LLC, and sponsored by William H. Hurt and other major sponsors. Limited seating is available. Sponsorship, tables or individual tickets may be purchased online at CHLA.org/GALA. For more information, call Special Events at 323-361-5972.

Media interested in covering the red carpet must RSVP by contacting Lyndsay LaGree at 323-361-4121 or llagree@chla.usc.edu. Photographs and video footage of the event will be available online via Getty Images immediately following the event.
************
About Children’s Hospital Los Angeles