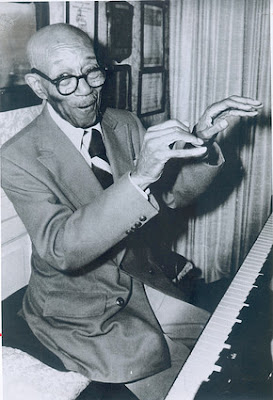 The Library of Congress and Sony Music Entertainment today unveiled a new website of over 10,000 rare historic sound recordings available to the public for the first time digitally. The site is called the "National Jukebox": http://www.loc.gov/jukebox/

Developed by the Library of Congress, with assets provided by Sony Music Entertainment, the National Jukebox offers free online access to a vast selection of music and spoken-word recordings produced in the U.S. between the years 1901 and 1925.

The website was launched at a Library news conference featuring an appearance by Grammy-winning pianist, singer and actor Harry Connick, Jr. The Columbia recording artist performed the song "I'm Just Wild About Harry," which is on the site performed by composer Eubie Blake.

"This amazing collection is a chance to hear history," said Librarian of Congress James H. Billington, who joined Connick and officials of Sony Music Entertainment at the press event. "This collection includes popular music, dance music, opera, early jazz, famous speeches, poetry and humor. It is what our grandparents and great-grandparents listened to, danced to, sang along with. This brings online one of the most explosively creative periods in American culture and music and one of the finest additions to the Library's American Memory materials."

"We are thrilled to be joining with the Library of Congress to launch the National Jukebox," said Richard Story, President, Commercial Music Group, Sony Music Entertainment. "As the steward of much of the output from the American recording industry prior to 1934, Sony Music is excited to preserve and share online these important cultural treasures from its archives with students, historians, and music-lovers alike, and create new audiences for and appreciators of the many extraordinary works from the pre-1925 era."

The agreement for the National Jukebox grants the Library of Congress usage rights to Sony Music's entire pre-1925 catalog -- comprising thousands of recordings produced by Columbia Records, OKeh, and Victor Talking Machine Co. among others – and represents the largest collection of such historical recordings ever made publicly available for study and appreciation online.

Visitors to the National Jukebox will be able to listen to available recordings on a streaming-only basis, as well as view thousands of label images, record-catalog illustrations, and artist and performer bios. In addition, users can further explore the catalog by accessing special interactive features, listening to playlists curated by Library staff, and creating and sharing their own playlists.

At launch, the National Jukebox will feature recordings exclusively from Sony Music's Victor Talking Machine Co. catalog, and include songs and other materials such as the Original Dixieland Jazz Band performing "Livery Stable Blues" -- considered the first jazz recording ever released -- Lena Wilson singing "T'ain't Nobody's Biz-ness If I Do" (1923), and the famed Ziegfeld Follies star Fannie Brice singing "My Man."

In addition, the collection will include early jazz, many blues songs and novelty songs meant to evoke laughter (such as the 1908 "Cat Duet" that simulated the sounds of cats yowling in the night), and recordings made for distinct ethnic groups, such as Irish songs or home-nation music beloved by immigrants to the U.S.

Not just limited to music, users also can access political speeches by Theodore Roosevelt, Woodrow Wilson, William Jennings Bryan and William Howard Taft, recitings of famous popular poems such as "Casey at the Bat" and "Wynken, Blynken and Nod," readings from the Bible and early sound-effects records such as a collection of snores and sneezes.

The website will showcase special interactive features as well, including a digital facsimile of the 1919 edition of the famous opera guide "Victrola Book of the Opera," which describes more than 110 operas, including illustrations, plot synopses and lists of recordings offered in that year. Features include the book's original text, a comparison of the different interpretations of the most popular arias of the period, and streamed recordings of nearly every opera referenced in the book.

The National Jukebox additionally will include playlists annotated by Library staff, focusing on different genres, time periods, themes and artists. Users also will be able to create their own playlists to post on their own webpages and social networking sites or submit them to the Library for posting on the National Jukebox site.

Other features include pages of background information on both the creation of the National Jukebox and audio-preservation practices.

The recordings featured in the National Jukebox were made using what is known as the acoustical process, which predates the use of microphones. Speakers spoke into, or singers sang into, cones which vibrated an attached diaphragm and stylus, etching sound waves onto a rotating wax disc. These original discs later could be converted into masters used to mold the records sold for home use.

Metadata for the website's Victor content will be cataloged and controlled by comprehensive discographic data compiled by the University of California, Santa Barbara (UCSB) for their online "Encyclopedic Discography of Victor Records" http://victor.library.ucsb.edu/ ). The Library's association with UCSB will provide users with an easily searchable database of every recording in the National Jukebox.

"This represents a strong step in the Library's efforts to return out-of-circulation recordings to public access," said Gene DeAnna, head of the Library's Recorded Sound Section. "Sony Music's commitment to making its recordings more accessible is unprecedented. We will seek additional donors and contributors in an effort to develop the most comprehensive website of historic sound recordings and related interpretive content."

Founded in 1800, the Library of Congress is the nation's oldest federal cultural institution. It seeks to spark imagination and creativity and to further human understanding and wisdom by providing access to knowledge through its magnificent collections, programs and exhibitions. Many of the Library's rich resources can be accessed through its website at www.loc.gov and via interactive exhibitions on a personalized website at myLOC.gov.

Sony Music Entertainment houses the libraries of both Columbia and Victor (now RCA), the two oldest record companies in existence, and many historical recordings are contained in its archives. The very first label, Columbia, was started in 1887 by men working in partnership with the inventors of the wax cylinder, the first successful sound reproduction format, and in 1890 released the first musical entertainment recording, the John Philip Sousa band's "Washington Post March." The Victor Talking Machine Company, founded in 1901, was created by the inventors of the first successful sound-on-disc reproduction system.
Posted by Arnaldo DeSouteiro at 7:04 AM