Vocal CD Reissue of the Month - "Annette Peacock: I'm The One" 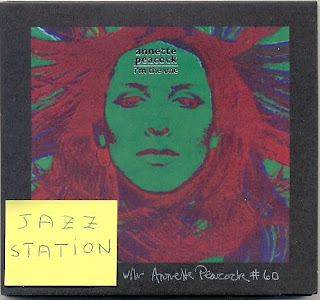 One of the most intriguing albums I've heard in all my life. First CD issue ever! (thanks to Annette herself, who licensed the album from Sony/BMG and decided to reissue it on her own Ironic label). 500 signed & numbered limited edition with 6 panel jacket, 12 page booklet containing lyrics & 9 colour photos. It's available only on the net, and can be ordered directly from www.annettepeacock.com or from a few other on-line stores such as www.cdbaby.com and www.cduniverse.com

An historic reissue, that because it wasn't part of the synthesizer, electro-acoustic, country-rock, prog-rock, jazz-rock fusion, ecm music, world music, jam bands movements, but predated them, remains timeless, and uniquely perverse. Included in Wire Magazine's list of the top 100 albums that shook the world!Containing songs that influenced or were covered by: David Bowie, Mick Ronson, Chrissie Hynde, Pat Metheny, Prince, Al Kooper, Morcheeba etc. And impossible to be categorized. 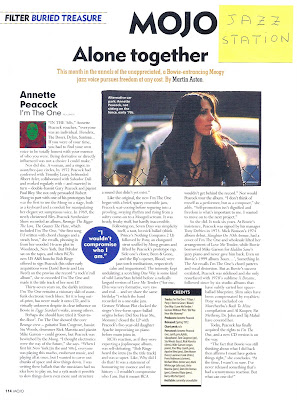 Posted by Arnaldo DeSouteiro at 5:05 AM