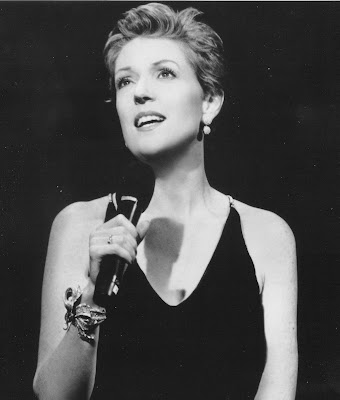 Mary Cleere Haran, a pure and ebullient stylist of the American songbook who became an important member of the cabaret circuit during the 1990s and early years of this century, died on Feb. 5 at a hospital in Deerfield Beach, FL, the New York Times reported. She was 58.

Ms. Haran had been hit by a car while bicycling. She remained unconscious until she died.

Offhand wit, natural yet careless sophistication, an elegant daffiness and an obvious love for the work of America's greatest songwriters were the earmarks of Ms. Haran's stage persona. While serious about her singing, she was never stuffy, always put her audience at ease with self-deprecating jokes and tales of showbiz's glorious yesteryears.

In her 2008 show at Feinstein's dedicated to the songs of Lorenz Hart, she told of arriving in New York in the late 1970s and tracking down the addresses of the Gershwin brothers as well her favorite songwriter, Hart. From her debut at the Ballroom in 1988, she never shed that allegiance to Broadway's greatest songsmiths, forever trying with her performances to recapture the glamour, intimacy and humor of a bygone Manhattan. Her subsequent shows -- at the Oak Room, Feinstein's, Cafe Carlyle and other swank city boites -- including "Falling in Love With Love: The Rodgers and Hart Story," "The Memory of All That: Gershwin on Broadway and in Hollywood," "Lullaby of Broadway: The Harry Warren Songbook," "The Intimate Johnny Mercer," and "Pennies from Heaven: Movie Songs from the Depression Era." Tall, slim and with a long swanlike neck, she typically donned a long sleeveless black dress.

Her most frequent accompanist was vaunted British composer Richard Rodney Bennett. Bulky, English and dignified, he made an apt foil for the more dithery, emotional Ms. Haran. But both effused a certain elegance and an unmistakable passion for the music. In "The Memory of All That," the two performed a Gershwin oddity called "I'd Rather Charleston," which the composer had written for Fred Astaire and his irrepressible sister and stage partner, Adele. Bennett played the scolding Fred, forever reminding his sis to take things more seriously, to which Ms. Haran's Adele kept answering that she'd "rather Charleston." Indeed, Ms. Haran did mildly Charleston on stage, channeling Adele quite well.

Showing her emotional range, in another number from the same show, she filled the room with throbbing yearning, emulating the full-throated delivery of Helen Morgan singing "The Man I Love."

Among her biggest influences were Judy Garland, Ella Fitzgerald, Doris Day and Peggy Lee. "I loved Judy Garland when I was a girl," Haran told Playbill.com in 2003, "because she meant everything she sang -- just that warmth, that beautiful warmth in her voice. And then when I was around 18 or 19, I heard Ella Fitzgerald, and I just flipped. She sounded like an angel, plus you could hear every single lyric, so I went into a big, big Ella overdrive for many, many years. And then I saw Peggy Lee when I was about 19. She was pretty kooky, even when she was young. As she got older, her shows got maybe stranger, but she always appealed to me. It was just enchanting and bizarre. She created her own little universe but in a very wacky way, and it was so romantic."

She was born May 13, 1952, the second of eight children in an Irish Catholic family, the daughter of a professor of theater and film at San Francisco City College. She married twice. Her son, Jacob, from her second marriage, to the writer and director Joe Gilford, whom she divorced, survives her.
Posted by Arnaldo DeSouteiro at 5:01 AM