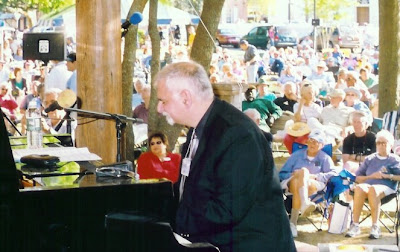 Join us for another spectacular evening of swinging jazz you’ll never forget when the Russ Kassoff Big Band with vocalist Catherine Dupuis returns to Jazz Tuesdays in the John Birks Gillespie Auditorium on Tuesday, February 15. Located in the New York City Baha'i Center at 53 East 11th Street (between University Place & Broadway) and dedicated to the late great Dizzy Gillespie, this magnificent, yet cozy theater with its glorious acoustics is fast becoming the favorite venue of the world class musicians who play there, as well as jazz fans who return week after week to enjoy this comfortable and exhilarating experience, soaking up great sounds in the warm and welcoming environment of this beautiful theater. There will be two shows: 8:00 and 9:30 pm. Call 212-222-5159 for reservations and information.

The Russ Kassoff Big Band is comprised of top New York recording and Broadway musicians who all get a chance to play Kassoff's new hard-swinging charts. It was was formed in 2003 after a successful run of concerts featuring Russ as featured composer, arranger, orchestrator, and piano soloist. The vituosity of the great musicians in the band contributes to the new fresh sound of these hard-swinging original charts. Russ's repertoire is eclectic and diverse, including many new and innovative arrangements of his original compositions in addition to such classics as Ellington's "Perdido," Fats Waller's "The Joint Is Jumpin'," and Tori Amos' "Winter."

Russ toured extensively with legends Frank Sinatra ('80-'91) and Liza Minnelli ('82-'01). As a writer, Russ counts among his major influences Rob McConnell, Thad Jones, Nelson Riddle, Don Costa and Don Sebesky to name a few. As a pianist his influences include Art Tatum, Oscar Peterson, Bill Evans, Herbie Hancock, Chick Corea and Keith Jarrett. All members of the Russ Kassoff Big Band are among a small group of the best free lance musicians in the world. Together they form a vast bio of many worlds of performing experience. Russ - with Sinatra, Minnelli, Rita Moreno, Mimi Hines, Susannah McCorkle, Carol Sloan, Rod Stewart, Carly Simon, Chris Connor, Bucky Pizzarelli, and countless others - is joined by his band members who also bring their experience - with Count Basie, Woody Herman, Buddy Rich, Lionel Hampton, Gerry Mulligan, Sting, Natalie Cole - just about everyone in the traditions of American jazz and show business - not to mention the Broadway shows currently being played by these marvelous players.

This 16-piece band has performed regularly at the Bahai Center in NYC as part of the wonderful Tuesday night jazz series in the Dizzy Gillespie auditorium produced by jazz great Mike Longo, and has backed Tony Award Winner Debbie Gravitte in a show/concert created by Russ and Debbie called "Big Band Broadway" at the Ridgefield Playhouse in Ct., and at Birdland in NYC, has been the featured performer at the 2nd annual Milford, PA Music Festival under the coordination of Martha Lorin, and has been heard on the 1010 WINS Radio Jingle promoting Live Music in the NY Metropolitan area sponsored by LOCAL 802 AFM, NY's musicians union!

Kassoff was a recent guest on NPR with Marion McPartland's Piano Jazz celebrating his critically acclaimed solo/trio CD, "Somewhere," considered one of the top releases of the year in the 2007 Jazz Station Poll. Now he has a new album out, "Bird Fly By," which got a rave review in the January/February 2011 issue of Cadence magazine. 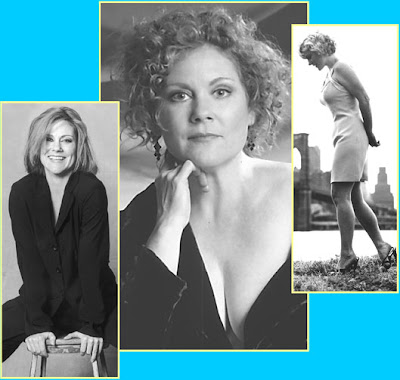 Vocalist Catherine Dupuis has been the featured vocalist with the RKBB since its inception. Her style is soulful, innovative, and fresh and she is a consummate artist. With the RKBB she performs a repertoire of original RK arrangements that she and Russ have worked on as musical partners for several years. Dupuis' three CDs recorded for Bearheart Records have received rave reviews. About "Rules of the Road" (2005, arranged and conducted by Russ Kassoff, featuring the Russ Kassoff Trio, Bucky Pizzarelli, Ted Nash, Marvin Stamm and Joe Cohn), Scott Yanow (All Music Guide) wrote: "Although not overly famous, Catherine Dupuis shows on this CD that she is one of the most interesting jazz singers of the early 21st century. Her song selection is particularly strong, with a few standards performed in fresh ways and joined by vintage obscurities and newer material. "I've Never Been in Love Before" and "Lonesome Road" are reinvented. The Rules of the Road is highly recommended and a perfect introduction to the singing of Catherine Dupuis."
Admission is 15.00, $10.00 for students.
Tickets will be sold at the door, or call 212-222-5159 for reservations and information. 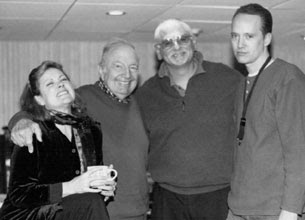