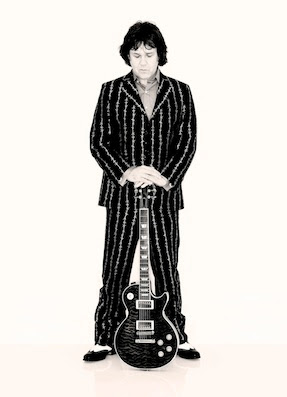 On Sunday 6th February 2011 musician Gary Moore died in his sleep of a heart attack while on holiday in Spain.

Acknowledged as one of the finest guitarists that the British Isles has ever produced; Gary Moore’s career dated back to the sixties. Moore graced the line-ups of several notable rock bands including Thin Lizzy, Collosseum II and Skid Row, to name but three, and to this year maintained a highly successful solo career.

Gary is survived by four children; daughters Saoirse and Lily and sons Jack and Gus. His family take great comfort in the fact he died of natural causes and was looking forward to his holiday prior to recording a new album. Gary was thrilled by new guitars he had just bought and was planning to play shows throughout the world, later this year.

His family has requested that their privacy is respected during this sad time and no further comment will be made. They would very much like to express their heartfelt thanks for the show of support and all the kind messages from friends and fans alike, the world over.
Posted by Arnaldo DeSouteiro at 5:01 AM