We were saddened to become aware, only today, of the passing of Neco. As far as we know, not a single word about his death was published in the Brazilian press nor in Europe or Japan. For me, such scandals are not a surprise anymore...

Born Daudeth Azevedo in Realengo, a suburb area of Rio de Janeiro, on September 23, 1932, he was one of Brazil's most underrated musicians ever, being ignored by the "musical press snobs" and having never achieved the popular fame he surely deserved. But, fortunately, despite such big injustice, he never stopped working, remaining active as one of the most-in-demand studio musicians in the Rio de Janeiro studio scene for over four decades. Neco died in August 2009 in his apartment in Tijuca, Rio de Janeiro, being survived by his wife Ieda.

Arnaldo DeSouteiro had the chance to work with him back in 1998, during the recording sessions of the all-star benefit project "Street Angels," produced by DeSouteiro for the London-based label Mr. Bongo. Neco played acoustic guitar on a track composed by saxophonist José Carlos Ramos (aka Zé Bigorna), titled "Porangaba," which also happened to be Bigorna's debut track as a leader.

Neco, who had done his recording debut exactly 41 years earlier, on a 78rpm disc by Ruy Rei, was mainly a self-taught musician, who learned to play acoustic guitar and cavaquinho (a kind of Brazilian ukelele) by himself, listening to records. He later studied harmony with Guerra Peixe and Moacir Santos.

Curiously, Neco became a cult-name in the European acid jazz scene of the 80s and 90s mostly due to his recordings with the piano-less quintet Os Ipanemas. Their self-titled debut album - recorded in 1966 for CBS by the group co-led by trombonist/arranger Astor Silva, with Rubens Bassini on percussion, Wilson das Neves on drums and Sebastião Marinho on bass - was reissued in 1995 in England by David Buttle's Mr. Bongo label, selling very well. One of the tunes, "Java," co-written by Neco, became a cult dancefloor hit.

Later on, besides the already mentioned "Street Angels" CD for Mr. Bongo, another UK label, Joe Davis' Far Out, convinced Neco and Wilson das Neves to re-form the group, producing a new album titled "The Return of Os Ipanemas" in 2001 - with both Wilson and Neco pictured on the front cover -, followed by "Afro Bossa" (2003), "Samba Is Our Gift" (2006) and "Call of the Gods" (2008), often with the help of musicians like Azymuth's drummer Ivan Conti (Mamão), Jorge Helder, Zizinho and Dom Chacal.

Besides the heavy sounds of Os Ipanemas, other recordings by Neco achieved great success in the international dancefloor scene, specially the ones with singer Tania Maria (her debut album "Apresentando Tania Maria" on the Continental label, with Edson Machado), keyboardist Deodato's Os Catedráticos band (Neco played electric guitar on "Impulso" and "Tremendão"), and two acclaimed sessions with Argentinian tenorist Gato Barbieri (on the albums "Chapter One: Latino America" and "Chapter Two: Hasta Siempre" for the Impulse! label). Not to mention an all-star session for Oswaldo Cadaxo's Equipe label in 1964, "Samba Nova Concepção"; Neco played acoustic guitar and wrote all the arrangements, with Deodato and Tenório Jr. on the pianos. Btw, he also played electric guitar superbly - check out Severino Araujo & Orquestra Tabajara's "Série Depoimento Vol.1" for Odeon, which marked the Tabajara revival in 1975. 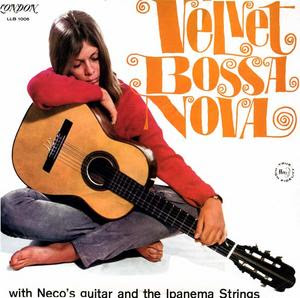 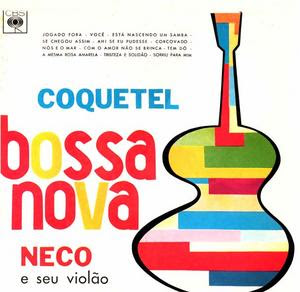 Posted by Arnaldo DeSouteiro at 3:03 AM