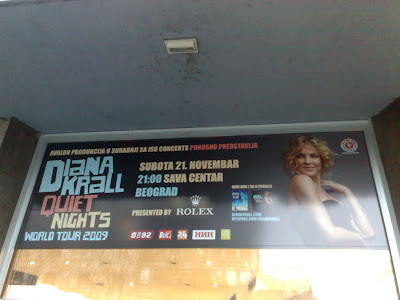 Tonight, November 21, Diana Krall brings her "Quiet Nights World Tour 2009" to the ultra-modern Sava Center in Beograd (aka Beogradski, aka Beogradu), located in a new beautiful new city area called "New Belgrade," here in Serbia. In a few hours, she will join the stage celebrating the fact that, for the third consecutive year (2007, 2008 and now 2009), she topped the DownBeat Readers Poll, being voted the Best Female Singer ahead of Cassandra Wilson (who won in 2005 and 2006) and Ithamara Koorax (who placed #3 for the second consecutive year).
DK is also featured in the November 2009 issue of the "Elle" mag sold in Srbija, Crna Gora, Bosnia I Hervegovina and Maledonija.
Cheers!!! 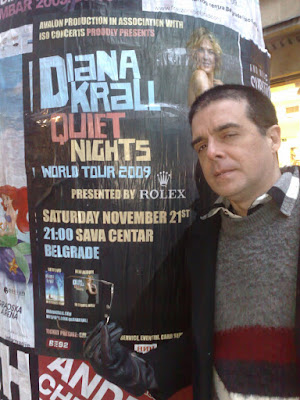 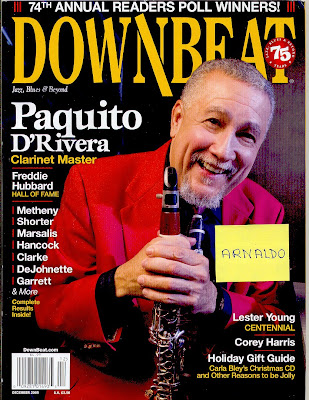 Sava Center has unprecedented reputation in organizing the biggest international congress meetings, as well as art events, for almost three decades. The success history comes from the impressive architectural and infrastructure capacity as well as highly experienced congress organization team. The Sava Center is ranked among the leading European convention and cultural centers. Its membership in ICCA, AIPC, ISPPA, ILMC - the major international associations of convention and cultural centers - is a confirmation of the fact that Sava Center is held in high esteem worldwide.

Sava Center has hosted over 7,000 gatherings and manifestations, national as well as international, with more than 1,500,000 participants, and also some 8,000 cultural events attended by more then 6,500,000 spectators. The Sava Center is a place visited daily by thousands of people from Belgrade , not just for business, but also pleasure, spending time in restaurants and shops.

Within the A and B building complexes , there are 14 assembly rooms suitable for all kinds of meetings and gatherings on different topics and with different number of participants. Sava Center boasts 3.300 m2 of exhibit space (Exibition Area A and Exibition Area B) and additional 29000 m2 of open space, suitable for staging commercial, professional and art exhibitions. 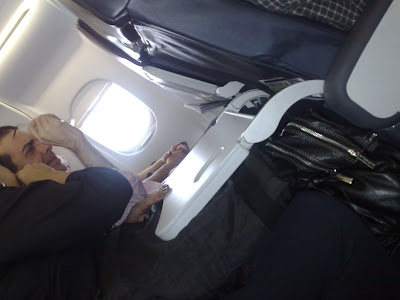 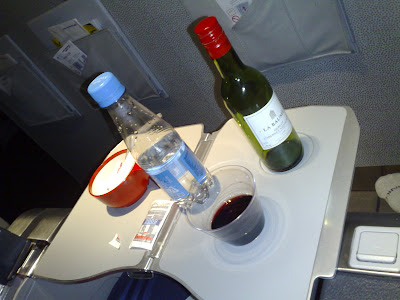