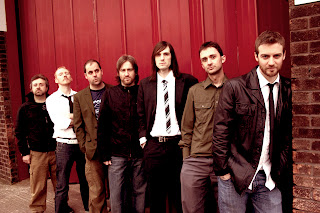 Mamma Freedom, In Touch Records and The CMI Music Group LLP are proud to announce the release of the band's debut single. "Being Good Earns You Nothing" will be available through iTunes, Amazon and usual outlets from December 7th 2009. For more details, go to www.mammafreedom.com.
A video will also be released for the song and the band will be touring the UK fully in 2010.

To coincide with the single’s release, Mamma Freedom has recorded a version of Blackstreet’s 'No Diggity' as the B-side, which the band are offering as a FREE download from Last FM. For a full wav download email mammafreedom@myspace.com

Check out the video of the recording at:
www.youtube.com/mammafreedomvideos
Posted by Arnaldo DeSouteiro at 1:31 AM