Down 4 The Count & Andrea Calderwood: A Jazz Afternoon @ Steamers, tomorrow 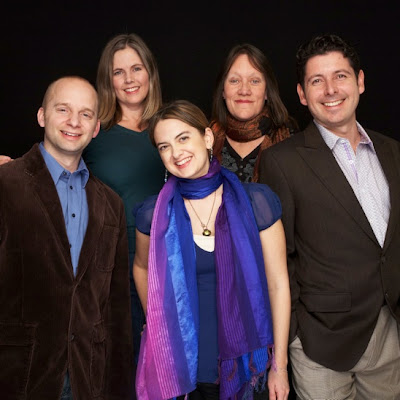 This Saturday afternoon, jazz vocal quintet Down 4 The Count will be pleased to share the stage with the very talented singer Andrea Calderwood, with whom they will be collaborating on at least one song together at this performance!

Down 4 the Count (Colleen Keene, Christine Tavares, Penny Watson, Vincent Johnson & Jason Lingle) is best classified as a 5-person a cappella vocal jazz ensemble based in Los Angeles - but they don't let any of those labels limit them. They perform award-winning original arrangements in a variety of styles, from jazz to rock to folk to country, and more. As most members of the ensemble are also skilled instrumentalists, they will occasionally accompany themselves.

Down 4 The Count began in 2003, when six CSU Northridge students in the University's vocal jazz ensemble found they shared a common interest: wanting to sing ensemble vocal jazz without those pesky instrumentalists: in other words, A Cappella! Since that time, Down 4 The Count has won multiple awards (including three song-arrangement awards and 1st place at the 2009 San Diego A Cappella Competition) and they have performed at venues all over the greater Los Angeles and San Diego area, including the Jazz Bakery, The Coach House, The Coffee Gallery Backstage, San Diego IndieFest, and many more.

They have opened for both Rockapella and for Sixthwave. Their debut album, released in 2008, is for sale at Singers.com, on iTunes, Amazon, and probably several more. Although the group line-up has changed significantly since its inception, D4TC still features original arrangements with a distinctly jazz flavor. 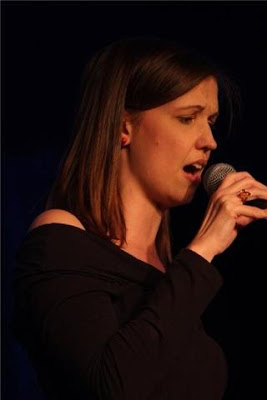 Andrea Calderwood began to sing jazz at 12, influenced by her bass playing father. While in junior college, she sang in the downbeat award winning "Singcopation" under the direction of Bruce Rogers, and went on to sing with Doc Severson, the Boston Pops, John Williams, and the L.A. Philharmonic. Andrea has won several awards, including the Friends of Jazz award, the Harriet Genung award, The Plotkins vocal scholarship, and outstanding vocal soloist in the Monterey Jazz festival “Next Generation” festival.

She received her bachelor’s degree in music from California State University Fullerton, and is currently in thesis mode for her master’s degree at Cal State Long Beach (Cole Conservatory of Music). She attended on scholarship from the Ella Fitzgerald foundation. While there, she studied with Christine Guter, and Jeff Jarvis. She also had the honor of performing at the IAJE convention in January 2008, in Toronto, Canada with CSULB's downbeat award winning "Pacific Standard Time" (a group in which she has served as section leader). In 2009 this group won the Monterey next Generation Jazz festival, and Andrea won the "Outstanding soloist" award at this same festival.

Andrea is also an accomplished arranger and teacher. She is the recipient of a 2010“Downbeat Award” from DownBeat magazine for jazz arranging at the graduate level. Her private high-school students have made California All-State vocal jazz ensemble for the last 3 years. Andrea is currently working on her debut album.
Posted by Arnaldo DeSouteiro at 8:39 PM