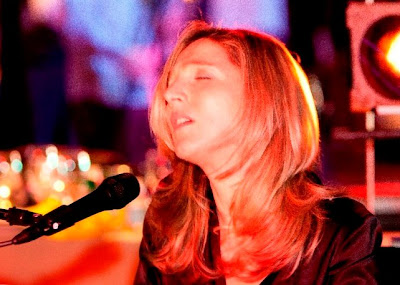 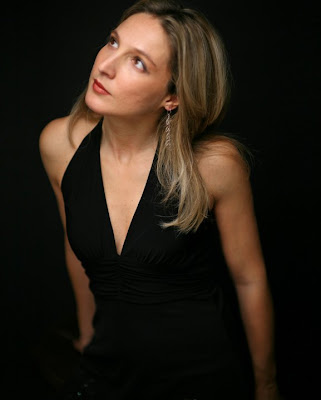 Daniela Schächter is an active pianist-singer-composer-arranger based in New York City, and she has worked with distinguished artists such as Patti Austin, Slide Hampton, Tiger Okoshi, Ingrid Jensen, Regina Carter, Shirley Horn and New York Voices. She started early her musical career: by her mid-teens was already performing live dates in Sicily, Italy, as well as doing studio session work.

After her classical studies she moved to Boston MA as recipient of a scholarship to the Berklee College of Music, where she studied with Phil Wilson, Joe Lovano, Hal Crook and above all with Joanne Brackeen.

Daniela has won many prestigious awards, such as the Mary Lou Williams Jazz Piano Competition 2005, The Sister in Jazz Competition 2002, the Betty Carter’s Jazz Ahead Competition 2002, the Terri Lyne Carrington Endowed Scholarship, the ‘Tindari 93, Prize’ for the best jazz duo with her brother Davide and also she appeared in the Jazziz magazine collector's CD (July 2001).

She was awarded a full-tuition scholarship to the Henry Mancini Institute for one month; there she met Billy Childs her favourite composer. The musicians that had the most influence in her music are Wayne Shorter, Keith Jarrett, Paul McCandless, Thelonious Monk, Bela Bartok, Maurice Ravel.

She is leading her group in several NYC venues and she was part of the Mary Lou Williams Jazz Festival 2006 and the Java Jazz Festival 2006. Daniela was featured among the top jazz musicians in NYC in the Japanese Playboy Magazine of October. Her CDs “Quintet” and “I colori del mare” are available on www.cdbaby.com. Her second CD, which features Gene Jackson, Jimmy Greene and Alex Sipiagin among others, has been released on the Italian jazz label Splasc Records.
Posted by Arnaldo DeSouteiro at 8:28 PM