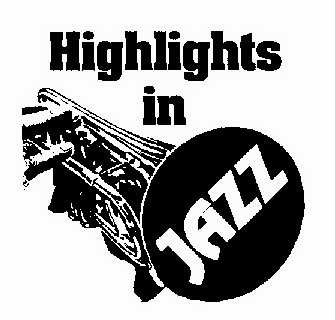 The annual award, which Kleinsinger describes as honoring a singular living jazz musician for their "matchless musical achievements" has been a staple of every highlights season since the series' inception. He says, "The first year I decided that everybody else waits for people to die and then they do memorial concerts.  Why not honor these people while they’re still alive and playing and let them know that we love them.  The first year we honored Lionel Hampton and it was a thrilling night for me as a fledgling producer.  Teddy Wilson showed up and Clark Terry was there. It was just such a wonderful evening and we've done it every year since."

Gordon, the youngest artist to ever receive the award, says, "I feel really honored to have been selected.  Especially in light of the one's that have come before me  (among the previous honorees have been Roy Eldridge, Roy Haynes, Hank Jones,  Frank Wess, Dr. Billy Taylor and many others). It kind of speaks volumes of at least what Jack thinks about me as a musician and possibly as a person.  So I'm very happy to be honored by Highlights In Jazz. I think that what Jack Kleinsinger is doing in terms of presenting jazz to the public in New York on a consistent basis and the fashion that he's done it, I think is great. It's one of the oldest running jazz series and I have played on quite a few of them."

A versatile multi-instrumentalist, Gordon - a triple threat on trombone, tuba and trumpet, as well as an engaging vocalist - will appear in a variety of settings.  "The group that I'll have will be mainly the musicians that I play with regularly, like Alvin Atkinson, Jr. is going to be on drums and Yasushi Nakamura on bass with Aaron Diehl playing piano. Terell Stafford is playing trumpet. And I’ll have Adrian Cunningham." The Australian woodwind wizard, best known for his work with Vince Giordano's Night Hawks and Renee Marie, like Gordon, is a master of many horns. Also joining in the festivities will be Gordon's regular duo collaborator, bassist/vocalist Jay Leonhart and pianist Ted Rosenthal. Gordon says, "I've worked with them for many years. We did a record together last year, we produced it. We have a lot of fun."  Plus as in all Highlights In Jazz concerts, a surprise special guest.

Jack Kleinsinger's Highlights In Jazz, continues its 43rd season on Thursday, June 11, 2015 with Jazz, Past & Present, an multigenerational double bill featuring the incomparable duo of, pianist Randy Weston and tenor saxophonist Billy Harper, performing a program from their critically acclaimed album The Roots of the Blues.  Sharing the bill with NEA Jazz Master Weston, who will celebrate his 89th birthday in April, will be the Highlights In Jazz New Stars, a youthful quintet assembled by Kleinsinger himself to feature some of his favorite up and coming young jazz players.

"The kids are great," the producer beams. "Steven Frieder on saxophone, Dylan Meek on piano, Benny Benack -- he's a trumpeter and a scat singer that's extraordinary. Devin Starks is a bass player who plays with Charles Tolliver.  He's also a youngster. And drummer Kosta Galanopoulos, who is still at the New School ... You know it's important to me because a lot of younger musicians that are not so young any more, got their start with Highlights In Jazz; Kenny Washington, Greg Hutchinson, Peter Bernstein and so many others."

And of course, as in all Highlights In Jazz concerts there will be a surprise special guest.  Past surprise appearances have included, Cab Calloway, Dizzy Gillespie, Stan Getz, Gerry Mulligan, Branford Marsalis and other jazz greats. "You know, it doesn't get any better than that," Kleinsinger says with justified pride.
***************
Highlights In Jazz Upcoming Shows

A $160 subscription includes All Four Concerts
Tickets can be purchased in advance at the box office or by mail order.
Please send a check made payable to: Highlights In Jazz