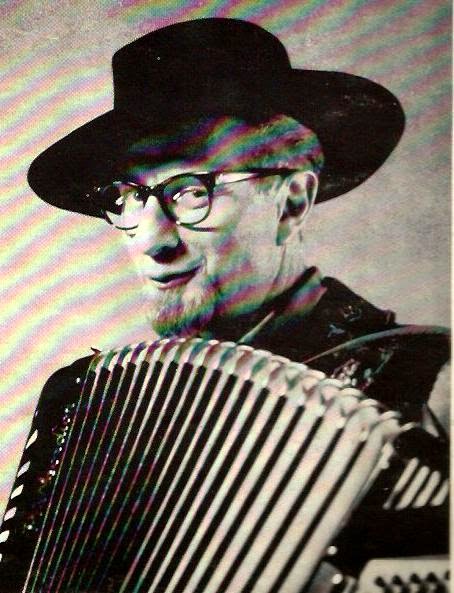 So sad to hear about the passing of composer, arranger, band-leader and accordionist Milton DeLugg on April 6, at age 96.

Although famous as the musical director for "The Tonight Show" and many other "jobs" during a prolific career, DeLugg only recorded his first accordion album in 1967, produced by Jim Foglesong for RCA Victor. Surprisingly, "Accordion My Way - Olé!" was a Brazilian-oriented project done not in a big-band mood, but with a tight jazz combo that includes Eumir Deodato (recommended to him by Luiz Bonfá) on organ -- actually, the ensemble recalls Deodato's Os Catedráticos group --, bassist Giulio Ruggiero, drummer Bobby Rosengarden, percussionists Phil Kraus (on vibes) and Johnny Pacheco (bongos, tambourine etc), and guitarists Bucky Pizzarelli & Al Casamenti.

"I'm flipped on Brazilian music," DeLugg told Harold Stern in the liner notes. "I think it's different, exciting and the best source of pop music today. It may well become an important major trend in music." 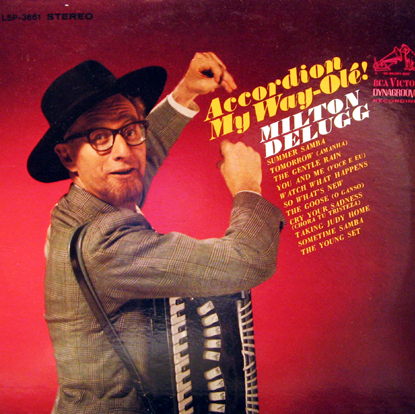 Both "Accordion My Way-Olé!" and "Presening Milton DeLugg And The Tonight Show Band" LPs deserve to be reissued on CD. Rest In Peace, Milton. 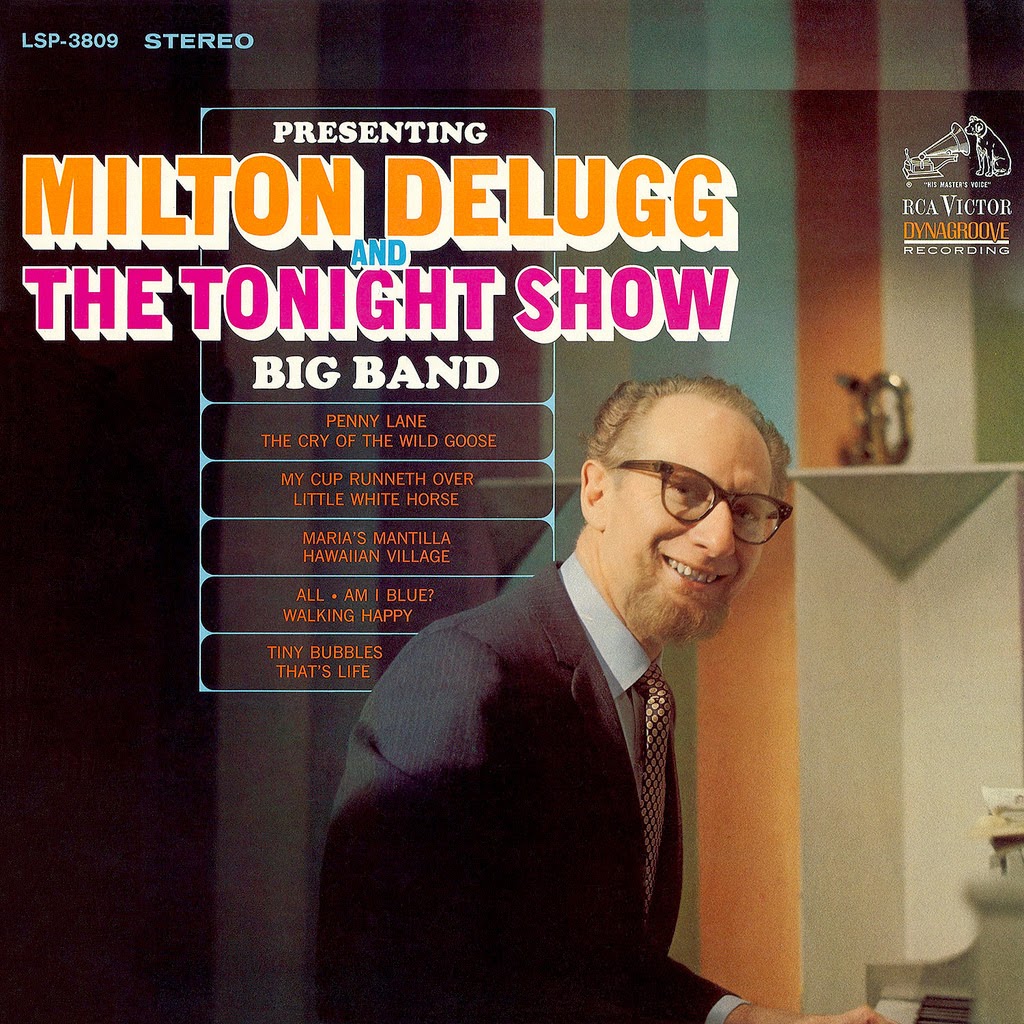 Posted by Arnaldo DeSouteiro at 10:32 PM