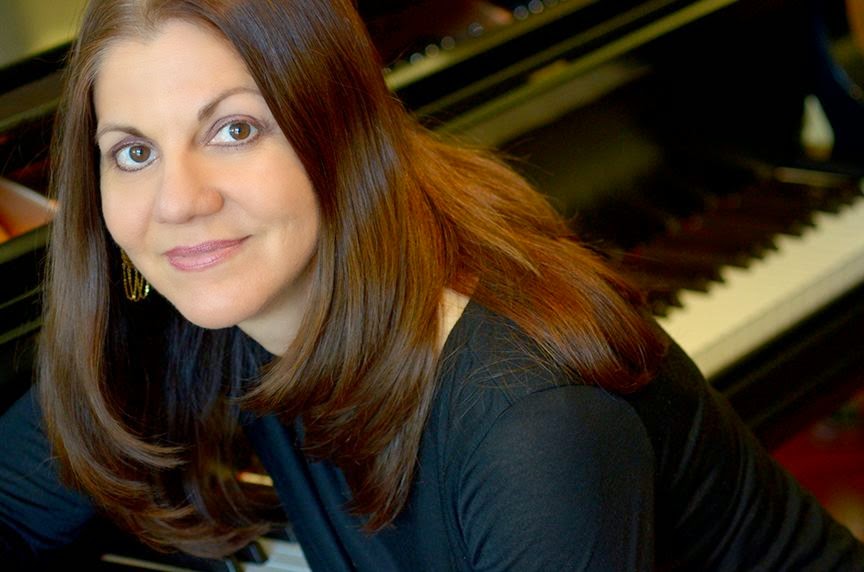 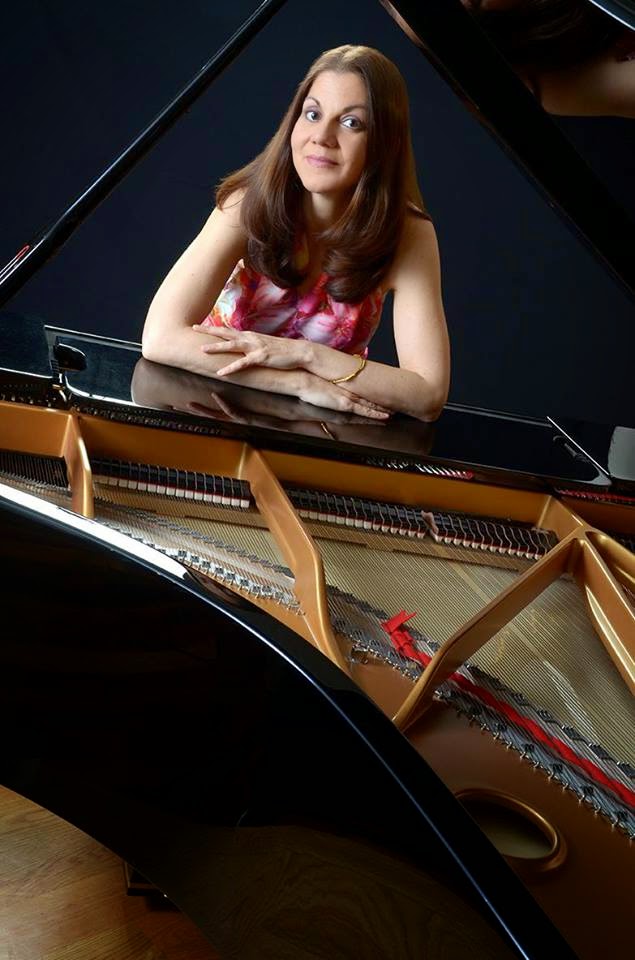 As a pianist, composer, bandleader and accompanist, Anne Sajdera is a creative force whose music encompasses an unusually far-flung array of traditions. With musical roots spanning the globe, she melds American and Brazilian jazz to her training in European and Hindustani classical music, creating an utterly personal sound that’s melodically verdant, harmonically sophisticated and rhythmically compelling. Unbound by any one musical passion, she draws inspiration from centuries old practices in which artisans sought to understand and experience the interior and exterior world through the act of creating art.

“At the heart of what I do is European classical music,” says Sajdera, a longtime San Francisco resident. “Around my house I’m always listening to Rachmaninoff, Stravinsky, Ravel and Bartók in particular. Harmonically it just captivates me and it always will. It’s an easy jump from that to Brazilian music, especially Ravel, and jazz is a real outgrowth from those extended harmonies. I’m using the same elements in my music but from a different angle.”

A graduate of the San Francisco Conservatory of Music, Sajdera started performing around the Bay Area scene in the late 1980s while earning a bachelor's degree in composition. Currently she leads a trio, a sextet, and a 10-piece chamber jazz ensemble featuring some of the most esteemed improvisers on the West Coast, including trumpeter Erik Jekabson, reed expert Harvey Wainapel, and saxophonist/flutist Mary Fettig. With strings, brass and reeds, the ensemble provides Sajdera with a vehicle for her most ambitious writing, from Brazilian-inflected originals to her arrangements of pieces by Herbie Hancock and Stefon Harris.

She also performs regularly around the Bay Area with guitarist Terrence Brewer, Sandy Cressman, a singer known for an expansive repertoire of Brazilian songs, and Alexa Weber Morales, who earned a Grammy Award in 2014 for her work the Pacific Mambo Orchestra. Given her history it’s not surprising that Sajdera is best known for her work in Brazilian settings. She spent more than a decade performing in and leading Bay Area Brazilian ensembles such as Phil Thompson’s Rio Thing, Dandara & Pandeiros do Brasil, and the California Music Award-winning Tropicalia combo Bat Makumba.

For Sajdera, there’s no particular mystery about her affinity for Brazilian music. With endlessly enthralling rhythms, a treasure trove of melodies and jazz-informed harmonies, it’s got everything she requires. And above all, the music makes her want to dance. “Dancing was a big feature of growing up,” Sajdera says. “As soon as I heard the music I started taking samba dance classes and percussion classes with Michael Spiro. Harmonically Brazilian music is so beautiful and complex. I think the whole attitude makes sense to my personality.”

Her debut album, 2012’s "Azul," is also a reflection of her deep and abiding passion for Brazilian music. Sajdera released the CD on her Bijuri label, and co-produced the session with veteran guitarist Ray Obiedo. Rather than simply exploring a program of beloved bossa novas, she mixes her ravishing original pieces with classic tunes by Brazilian masters Ivan Lins, Egberto Gismonti, and Chico Pinheiro. With a top-shelf cast of Bay Area players, the album features special guest percussionists Airto and Michael Spiro. As the Wall Street Journal’s Marc Myers described the project on his popular JazzWax blog, Azul is “a jazz samba album that shows the creative breadth and beauty of a San Francisco charmer.”

Born in Virginia to a military family, Sajdera grew up in San Diego. While the Southern California city isn’t usually associated with Brazil, she absorbed a Carioca’s deep love of the ocean and sun-drenched landscape. Piano lessons as a child led her to form a tight circle of musical friends who often gathered to play together. When she started performing in her late teens Sajdera held down the drum chair in a pop combo, but her primary creative outlet was writing for the band. Moving to the Bay Area in 1985, she enrolled at the San Francisco Conservatory of Music as a performance major and graduated as a composition major.

Focusing on 20th century repertoire, she performed regularly with the Conservatory Orchestra, which gave her exceptional opportunities like playing Stravinsky's Symphony in 3 Movements, and the overture for Nixon In China conducted by the opera’s composer John Adams. Her incipient investigation of jazz got a jumpstart when she began a relationship with an accomplished jazz guitarist, with whom she was soon playing casuals. A conservatory class at the Jazzschool with Marcos Silva sparked her enduring passion for Brazilian music.

Before long she was gigging around the Bay Area with her own band Pelo Mar, which honed a sophisticated repertoire of tunes by Hermeto Pascoal, Airto, Toninho Horta and Eliane Elias while performing at notable venues like the Make Out Room and the lamented Café do Brasil. An original member of Bat Makumba, she has performed many times in San Francisco’s huge Mission District Carnaval celebration.

Her interest in classical Hindustani music also surfaces in her playing through her knowledge of ragas. She spent several months in India, and has continued to cultivate this facet of her musical vision. As an educator she maintains an active private piano studio in San Francisco and Oakland and is an artist in residence at Nueva School in Hillsborough.