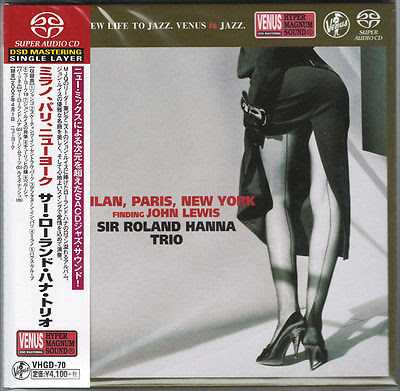 First SuperAudio CD reissue, using DSD Mastering technology, of a beautiful album recorded in 2002 by one of my all-time favorite pianists. Here, the "Chopin of jazz" pays tribute to his idol John Lewis, playing tunes composed by the Modern Jazz Quartet founder ("Skating In Central Park" and the jazz standard "Django" among them), or associated with him (Milt Jackson's "Bag's Groove," one of the MJQ hits.) Leading a trio with George Mraz on bass and Lewis Nash on drums, the late Hanna also shines on his own themes, like "The Clarion Bells of Zurich" and the famous "Perugia." The sound quality is equally astonishing.
Posted by Arnaldo DeSouteiro at 10:03 PM