Tomorrow is the Record Store Day! Celebrate with in-store performances @ Other Music in NYC 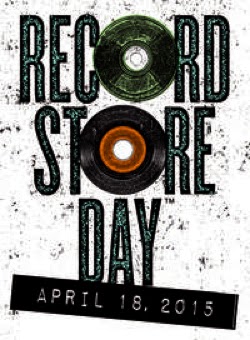 This Saturday, April 18, is Record Store Day, the annual celebration of independent record shops, vinyl, and passionate record collectors. It's a huge day for Other Music, and all the other great stores we love. They will be open from 10am-8pm with a huge stock of exclusive RSD titles on hand (no, we can't tell you what and how many, but there is a full listing of all the official releases here: http://jazzstation-oblogdearnaldodesouteiros.blogspot.com.br/2015/01/list-of-releases-for-record-store-day.html

There will be some fun giveaways, including a pair of amazing special edition Dogfish Head Crosley portable turntables from our buddies (and official RSD beer sponsor) Dogfish Head Craft Brewery. To enter for your chance to win one of these record players, Tweet or Instagram something RSD-related while you're at Other Music on Saturday, be it the limited releases that you're picking up, or anything else that catches your attention at the store, and then tag your post with #RSD15, @dogfishbeer, and @othermusic (Twitter) or @other_music (Instagram).

And Other Music will be hosting three very special in-store performances throughout the day, from three incredible artists whose boundary-pushing visions remind us why we care so much about indie music in the first place:

75 Dollar Bill @ Noon
Featuring Che Chen and Rick Brown, 75 Dollar Bill takes the repetitive and trance-like desert blues of Moorish guitar music, and then blast and refract it through a distinctly American lens, combining the minimalism of Henry Flynt with the endless, loping riffs you hear in John Lee Hooker, Bo Diddley, or Junior Kimbrough. The duo's Wooden Bag LP is out now on Other Music Recording Co.

Matana Roberts @ 3 p.m.
No one today makes music like alto saxophonist and composer Matana Roberts. Her records are not only rich and immensely enjoyable, they are powerful reminders that there are still musicians with uncompromising vision and ambition. The excellent River Run Thee, Matana's third chapter in her ongoing 12-part Coin Coin series, was released earlier this year on Constellation.

Laraaji @ 5 p.m.
There's been a serious resurgence in the interest of new age music these past few years, in which we were most excited to re-discover a true pioneer, Laraaji. The Brian Eno-associated All Saints label recently began reissuing many of his highly sought-after records, not to mention the essential Celestial Music career retrospective. Inspired by Eastern mysticism, Laraaji explores ideas of "cosmic oneness" on his electronically modified zither, creating gorgeous and transcendent music while adding a sense of gritty experimentation to an otherwise dream-like musical palette.
Posted by Arnaldo DeSouteiro at 11:41 PM