Maria Schneider: a new album with her Orchestra and a bonus track with Toots Thielemans 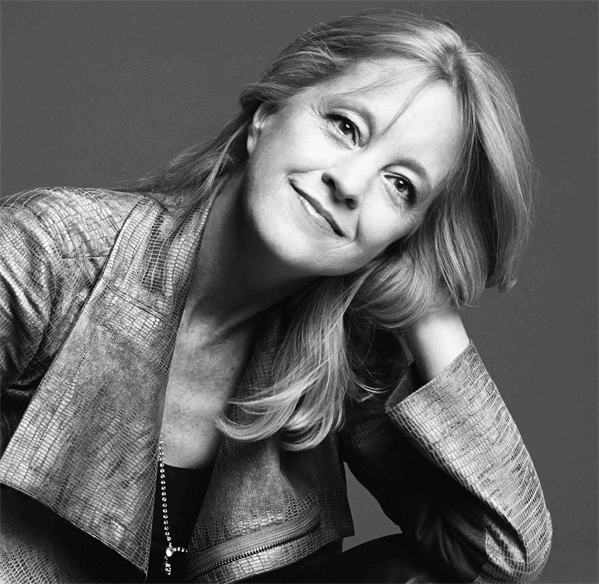 Just a heads up that composer Maria Schneider's long-awaited first album with her Jazz Orchestra in 8 years, "The Thompson Fields," will be available through ArtistShare on June 2nd. The Maria Schneider Orchestra will celebrate the CD release at Birdland in NYC June 2 - 6.

In the meantime, Maria is releasing two bonus tracks for her ArtistShare fans. The first, features a recording made in September 2014 of Toots Thielemans performing alongside Ivan Lins and Maria's band on her arrangement of Ivan Lins' bossa-ballad "Lembra de Mim."  Maria originally wrote this arrangement when she toured with Toots, Ivan and the Danish Radio Orchestra ten years ago.  The download of this new recording will be made available to all ArtistShare "Thompson Fields" Participants on April 29, Toots Thielemans' 93rd birthday!

"I've wanted to record Toots with my band for many years, so I was  overjoyed that he felt enthusiasm to do this," says Maria. "He had announced his retirement, but I was hopeful he would to grace us with a solo. As soon as he agreed to do it, I jumped a plane to Belgium to record him in his home.  He plays with such elegance and charm.  Nothing in this world touches the heart like Toots.  It will be fun to give Toots this little gift on his birthday. "

The second bonus download will be made available to ArtistShare fans the following week.  It's a new rendition of Maria's "Dance You Monster To My Soft Song," first recorded in 1992 on her debut Evanescence recording.  "This features Dave Pietro on alto, and Mike Rodriguez and Greg Gisbert on trumpet.  Over the years we've developed new ways of approaching old music, so it was really fun to re-record this one." says Maria. "The solos on this cut, as well as on the entire new recording, illuminate an astounding level of interaction on the part of these players that I imagine could have only come through years of playing together." 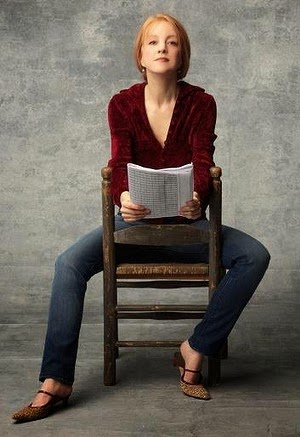 Anyone who purchases the new album automatically receives access to these downloads. With "The Thompson Fields," composer, arranger and bandleader Maria Schneider celebrates a long-awaited reunion with her vaunted jazz orchestra, a homecoming nearly a decade in the making. Featuring eight new original works by the leader, "The Thompson Fields" makes brilliant use of Schneider's 18-piece jazz orchestra, a long-standing ensemble that spotlights such first rank players as Donny McCaslin, Rich Perry, Frank Kimbrough and Lage Lund.

The performances reveal an ever-deepening relationship between Schneider and her musicians, many of whom she has worked with over a quarter of a century.  The album follows a momentous year that found Schneider's recent album "Winter Morning Walks" garnering three wins in the classical category of the 2014 Grammy Awards, making her one of the rare musicians to win Grammys in both the jazz and classical categories (the late Brazilian guitar virtuoso Laurindo Almeida and the then-young lion Wynton Marsalis were the first ones).

Schneider has long been known for her autobiographical music, and with "The Thompson Fields," she goes further, sharing a deep relationship to southwest Minnesota, her childhood home. Although the music reflects her love of native landscape, birds, and prairie, Schneider delves not just into her own roots, but also into what "home" means in broader terms.

The album opens with "Walking by Flashlight," a poignant expression of an early morning walk as depicted by poet, Ted Kooser in Winter Morning Walks.  "I think this may be the only time that alto clarinet was ever featured on a big band album," Schneider claims.  "Alto clarinet has long been relegated to use almost exclusively in wind ensembles, but Scott Robinson elevates this instrument to a place of very tender expression.  I can actually hear Kooser's poetry in Scott's expression of the melody."  Now reorchestrated as an instrumental work, this song was also featured in Scheider's Grammy-winning song cycle, "Winter Morning Walks."

Schneider's most recent work,"The Monarch and the Milkweed," features Marshall Gilkes on trombone and Greg Gisbert on flugelhorn.  Inspired by the beauty and abounding life found in Minnesota native prairie, this piece is specifically dedicated to the monarch. "This butterfly is one example of a creature we love and are inspired by, but that depends upon certain dwindling aspects in the environment - in this case, the milkweed - without which the monarch will go extinct.  Four generations of monarchs and over 3,000 miles of flight from Mexico complete its life cycle, with milkweed as the only plant it can eat.  The piece is inspired by these incomprehensible, complex cycles and interrelationships in nature, reflecting on how they largely depend upon attraction and beauty, and ultimately now how they depend on our appreciation and valuation of beauty," Schneider explains.

The title, "Arbiters of Evolution," refers to the remarkable mating rituals  and performances of the birds-of-paradise species native to New Guinea.  Schneider sets up each solo section for McCaslin and Robinson to conjure up their own highly evolved and spectacular performances. This work was inspired by Maria's love of birds and the environment and her involvement with the Cornell Lab of Ornithology.

The title piece, "The Thompson Fields," was inspired by a beautiful multi-generation farm near Schneider's home in Windom, Minnesota.  Pianist Frank Kimbrough improvises bitonally in a unique harmonic environment that creates an evocative depiction of the view from the Thompson silo overlooking bean fields billowing in the wind.  "From the vantage point of the silo, I felt the wind carrying all the intersecting stories of my youth, along with the stories of a whole community," Schneider says.  "I felt a convergence of past and present generations and tried to put that magic into this music."

"Home" also speaks vividly of the open landscape that is home for Schneider.  She dedicated the piece - first premiered at The Newport Jazz Festival - to George Wein, one of the most influential forces in the discovery and development of jazz musicians.  "Even though this music is highly personal to me, the concept of home is universal.  Wherever we are first rooted, or whatever place gives us our sense of 'home,' not only nourishes our life, but nourishes those with whom we share it.  George's home, the Newport Jazz Festival, has been a home for jazz for musicians and audiences for decades.  Jazz has been well nurtured within George's loving home, and he most certainly helped to nourish my development, and the development of countless others." This work features the universally admired voice of Rich Perry on tenor sax.

"Nimbus" evokes the drama of the Midwestern sky and weather.  Schneider elaborates, "One can see the Midwest prairie landscape as unspectacular, but we certainly dole out high drama when it comes to weather.  For instance, seeing a ominous roll cloud looming on the horizon simultaneously instills one with awe and an instinctual fear. Given this imagery, it is fitting that saxophonist Steve Wilson be featured on this piece because he can play with such intensity, bringing a captivating power and presence to his solos through his rock solid sense of groove, his surging sound, and his unexpected but thoroughly satisfying lines."

"A Potter's Song" is dedicated to Laurie Frink, who has played with Schneider's band on every recording. Frink's death in 2013 was a great loss to the music community.  A fellow Midwesterner, Frink was not only highly regarded as a trumpet player, having played with Gerry Mulligan, Benny Goodman, Mel Lewis and many others, she was also among the world's most in demand trumpet and brass teachers.  But the title of this work came from Maria's additional admiration for Laurie's skillful ceramic work.  Gary Versace's accordion, which has been a mainstay in Maria's orchestra since she first wrote for him on "Concert In the Garden," creates beautiful and lyrical lines over Schneider's winding, ever-evolving harmonies, and highlights the influence of Brazilian music on Schneider's compositions.

"Lembrança" is a dedication to the universally loved Brazilian musician, Paulo Moura, who gave Schneider the once-in-a-lifetime experience of hearing his old samba school rehearse in the Rio de Janeiro neighborhood of his youth.  The work includes layers of powerful Brazilian percussion played by Rogerio Boccato alongside drummer Clarence Penn. Featuring an exuberant trombone solo by Ryan Keberle, as well as a lyrical and tender bass solo by Jay Anderson, the piece conjures up the experience of standing in a dark street in the crevasses of Rio, hearing the power of a samba school rehearsing in the night.

"Watching Paulo proudly standing there, looking thoroughly at home and grounded in that powerful experience on a very ordinary street in Rio, was something I fully understood," Schneider says.  "I feel the same way when I climb atop a silo in Windom and view the landscape that is home to me.  I can't help but feel tremendous emotion and gratitude, looking back in time, remembering all the forces that shaped my life and so many lives that I know."

Schneider's deeply personal statement carries into the visual realm with this beautiful package. The stunning photographs by Briene Lermitte were all taken on and near the Thompson farm this past August. Uniting with Cheri Dorr's elegant design, the album's graphic elements allow Schneider to share another level of personal connection with those who listen to her music.

Schneider continues to involve her fans in her music on an even broader level.  Four of these eight works were commissioned directly by individuals through ArtistShare. Schneider has used the new means of production since her first ArtistShare album release in 2003. "The relationship I have with these people is deeply meaningful to me," Schneider states. " They make it possible for me to create and record music, and I've come to know many of them quite well. I cannot overstate how deeply important they are to my life. I could no longer do this without them."

Over a decade ago, the ground-breaking company ArtistShare broke the mold when it demonstrated, through Schneider's successful example, how music could be funded and released. ArtistShare crowd-funded before "crowd-funding" was a word, and Schneider's first ArtistShare album, "Concert In the Garden," not only won the first Gramy with Internet-only sales, but heralded the crowd-funding era. Over the following thirteen years, Schneider has developed a growing concern for intellectually property rights. This brought her to engage with lawmakers, the Library of Congress, and others to protect the rights of music creators. These efforts have included testifying before the Congressional subcommittee on intellectual property in April of 2014, and speaking out against Spotify and streaming on CNN. Schneider is often quoted in national articles on music creators' rights and the perils of current streaming services.
Posted by Arnaldo DeSouteiro at 12:35 PM