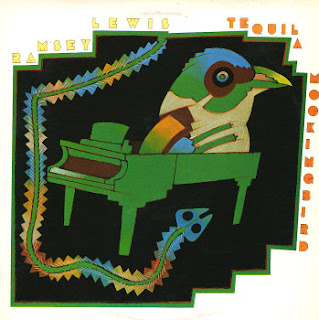 Nothing less than eight Ramsey Lewis' albums (all recorded for Columbia in the '70s and early '80s) are being reissued today, October 19, on Blu-spec CD format in Japan, by Sony Music. They were digitally remastered using DSD technology and come on deluxe paper sleeve packaging. But you don't need to go to Japan to purchase them (all will be available through Chicago's http://www.dustygroove.com/) neither you need to get a new special equipment, because, amazingly and importantly, Blu-spec CDs are fully compatible with standard CD-players.

That said, let's get back to Ramsey's CDs. The titles reissued today are:

"Tequila Mockingbird" (1977)
Produced by Bert DeCoteaux (who signs the orchestral arrangements) and Larry Dunn (who did 3 tracks) – with cuts that include "Camino El Bueno", "Caring For You", "Intimacy", Eduardo DelBarrio's "That Ole Bach Music", Victor Feldman's "Skippin'", Larry Dunn's title song "Tequila Mockingbird", and Neal Creque's cool tune "Wandering Rose." Recorded in Chicago, New York and Hollywood, with a big budget.
Sweet electric Ramsey Lewis – an overlooked gem from the CBS years, filled with loads of great grooves, and some pretty mighty combination of Steinway Grand & Fender Rhodes plus harpsichord and MiniMoog. Part of the record has Ramsey working with Larry Dunn of Kalimba Productions – getting plenty of the Earth Wind & Fire groove that made so much of his Columbia sessions sparkle – while the rest of the set has the great Bert DeCoteaux handling things, and giving Lewis just the right mix of sophistication and soul he was using with other Columbia acts (Freddie Hubbard among them) at the time. The album's a perfect example of the way that Ramsey stepped way ahead of the pack during this time in his career – using keyboards and grooves together in ways that so many artists today are still trying to match – but never hit it this right.
Ramsey works most of time with his touring band: Ron Harris (bass), Keith Howard (drums), Derf Reklaw Raheem (percussion) and Byron Gregory (electric guitar), but there are plenty of guests such as the late master Victor Feldman (electric piano & percussion on his own "Skippin'"), Ronnie Laws (soprano sax), Ndugu (drums) and the EW&F gang: Verdine White, Al McKay, Fred White, Philip Bailey, the Argentinian brothers Eddie (founder of "Caldera" and the composer of EW&F's "Fantasy" hit) and George DelBarrio etc.

"Love Notes" (1977)
Another great little album of mid 70s funk from Ramsey Lewis – very much in the mode of his Earth, Wind, & Fire related work – no surprise, since the album's dedicated to Charles Stepney, whose influence was such a key part of the sound of the group, and of some of Ramsey's other Kalimba-produced albums from a few years before! Ramsey plays Fender Rhodes, mini moog, and Arp – and he gets help on keyboards from Stevie Wonder and Derf Reklaw, who also plays saxes and percussion on the set. Features versions of Wonder's "Love Notes" and "Spring High", plus Reklaw's "Chili Today Hot Tamale", "Shining", and "Stash Dash".

"Ramsey" (1979)
A sweet late 70s groover from Ramsey – not as all-out electric as some of his earlier work for Columbia, but done with some nice arrangements that have a full and soulful feel! There's a bit of Kalimba/Earth Wind & Fire soul to the mix – and some tracks have production by James Mack and soulful backing vocals by Kitty & The Heywoods – both elements of which serve to provide a nice platform for Ramsey to soar over the top on Steinway. A few cuts feature a bit of electric keys, but overall, the style's in that "acoustic solo instrument over electric backings – in the manner that 70s mainstream fusion was using heavily at the time. Titles include "Dancin", "I'll Always Dream About You", "Every Chance I Get", and "I Just Can't Give You Up".

"Routes" (1980)
Ramsey Lewis in two modes – both of them great! The set's got Ramsey working with two different producers, each on a different side of the record – and both of them bring a nice inflection to the soulful groove that Lewis had already developed at Columbia Records! Side one's done with Larry Dunn, who brings in some Earth Wind & Fire talent in the studio – and puts Ramsey in that tight, funky, soul-based groove he always did so well with the group – cast here in that great Columbia Records blend of acoustic piano and electric backings, which always seemed to create a deeper soul than other fusion modes of the time. Side two features Allen Toussaint working with Ramsey – definitely bringing up some New Orleans funk influences from the Crescent City – yet also keeping things nicely electric too, very much in the mode that Toussaint used best at Warner Brothers at the end of the 70s. Titles include "Whisper Zone", "High Point", "Looking Glass", "Come Back Jack", "Hell On Wheels", and "Colors In Space".

"Salongo" (1976)
A tremendous little record, and one of the funky 70s sets that Ramsey Lewis recorded with Earth Wind & Fire! Well, not EW&F entirely – but the Kalimba Productions team of Maurice White and Charles Stepney that gave the group its sound – plus a nice sprinkling of other players that were often associated with sessions by the group! Ramsey's own combo here includes Steve Cobb on drums and vocals, and Derf Reklaw on reeds and vocals as well – and the overall sound has bits of African and Brazilian influences, worked into a soulful fusion groove that sounds a lot like the instrumental backings EW&F were using at the time. Titles include "Slick," "Brazilica", "Rubato", "Salongo", and "Seventh Fold". 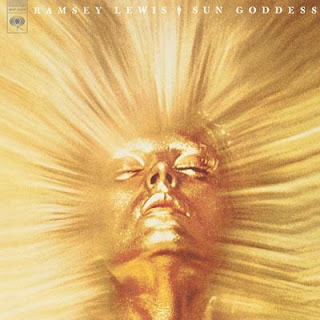 "Sun Goddess" (1974)
One of our favorite Ramsey Lewis albums ever – and a perfect summation of the genius that was brewing on the Chicago scene in the late 60s and early 70s! The album has Ramsey working strongly with Earth Wind & Fire – no surprise, given his close ties to Maurice White, who was the drummer in Ramsey's trio before starting his own group – and the shared relationship both artists had with producer Charles Stepney! The three were all key parts of the late 60s sound at Chess Records – but here, they've brought the same soulful energy to Columbia – working in a wider, more mature groove for the 70s – one that has Lewis' wicked Fender Rhodes lines stretching out strongly over tight, compressed, funky lines from EWF! The centerpiece of the set is the massive 7-minute "Sun Goddess", but there's lots of other nice ones like "Living For The City", "Gemini Rising", and "Jungle Strut". Funky, electric, and sublimely wonderful all the way through.

"Ramsey Lewis & Nancy Wilson — Two Of Us" (1984)
Ramsey and Nancy "Guess Who I Saw Today?" Wilson – two key soulful talents from the 60s, working together beautifully here in a mid 80s set. The album's almost more Randy's than it is Nancy's given that Lewis takes a few tunes instrumentally, working in a blend of acoustic and electric instrumentation that's very much in his best early 80s Columbia Records mode. But things really come together when Nancy joins in – bringing her mature, soulful approach to the tunes – and really tying them together wonderfully with her vocals! Stanley Clarke produced, and there's definitely some echoes here of his own music of the time – and titles include "Ram", "Quiet Storm", "Never Wanna Say Goodnight", "Closer Than Close", and "Breaker Beat".

"Don't It Feel Good" (1975)
Massive keyboard work from Ramsey in a spaciously funky production by Charles Stepney, who plays keyboards here along with the leader, and the twin-keys approach makes for a sound that's extra-special – one that sums up all the earlier soulful creativity of both artists in their late 60s Cadet Records years, and hones it down to an even sweeter groove for the 70s! A number of tracks have some sort of vocal component, but usually in a chorus mode that soon drops out when the keyboards hit home – and the record features a few great short "interlude" tracks that are almost as great as the longer numbers! Titles include the classic "Juaacklyn", a cover of Earth Wind & Fire's "That's The Way Of The World", and the tracks "I Dig You", "Fish Bite", "Don't It Feel Good", "Something About You", and "Can't Function". 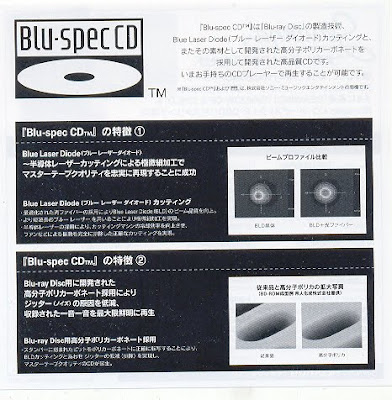 Posted by Arnaldo DeSouteiro at 9:02 AM