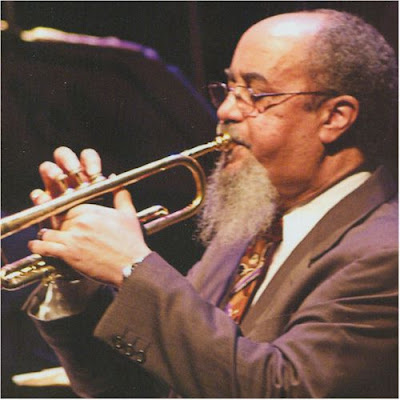 You won't want to miss the swinging sound of “The Aggregation” under the direction of Cecil Bridgewater on Tuesday, October 25 at Jazz Tuesdays in the Gillespie Auditorium at the NY Baha'i Center (53 East 11th Street between University Place and Broadway). Hope he will perform "Love and Harmony," a joyful tune Cecil composed & arranged in 1975 for Thad Jones/Mel Lewis Orchestra's "New Life" album! There will be 2 shows: 8:00 and 9:30 p.m. Please call 212-222-5159 for Reservations and information.

Bridgewater was born in Urbana, Illinois and studied at the University of Illinois. He and brother Ron formed the Bridgewater Brothers Band in 1969, and in the 1970s he was married to Dee Dee Bridgewater. In 1970 he played with Horace Silver, and following this with Thad Jones and Mel Lewis from 1970 to 1976.

Cecil Bridgewater has become a great supporter of The Jazz Foundation of America in their mission to save the homes and the lives of America's elderly jazz and blues musicians including musicians that survived Hurricane Katrina. Cecil performed at the 2008 Benefit Concert, “A Great Night in Harlem” at the World Famous Apollo Theater. He currently teaches as adjunct faculty at Manhattan School of Music, New School, William Paterson University, and The Juilliard School. 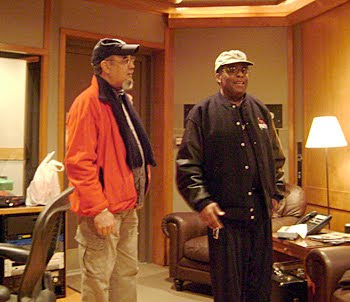 (Cecil Bridgewater, left, and Freddie Hubbard during a recording session @ Bennett Studios in 2008)
Posted by Arnaldo DeSouteiro at 6:00 AM