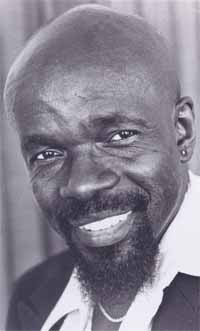 Arts& Education Continuum, in conjunction with the Contemporary African American Music Organization, is proud to present an octet under the direction of Craig S. Harris and his performing the music of Dr. Makanda KenMcIntyre at 8:00 pm on Friday, October 21, 2011 at the Middle Collegiate Church, 50 East 7th Street, New York, New York (at Second Avenue). Tickets are $15 in advance, $20 at the door.

The band will include Craig Harris, trombone and musical director, Richard Fairfax, James Stewart and Jay Rodriguez on reeds; Eddie Allen on trumpet, Richard Harper on piano and baritone horn, Calvin Jones on bass, and Tony Lewis on drums, with guest appearances by Andrew Bemkey on piano, Napoleon Revels-Bey on drums and Warren Smith on percussion.
***********
This year we mark several anniversaries - the 80th year since Makanda's birth, the 10th year since his death, and the 40th year since he founded the Department of Performing Arts at the SUNY College at Old Westbury - one of the country's first departments dedicated to the arts in the African American tradition.

This concert celebrates Makanda's work as a composer and an arranger. Help us celebrate the work of this phenomenal musician and humanitarian, and hear a live performance of his compositions!

Tickets are $20 at the door.
For more info go to www.mkmjazz.com

With an original sound on all the woodwind instruments, Makanda's voice was unmistakable, yearning, beautiful. From Cecil Taylor's Unit to Charlie Haden's Liberation Music Orchesetra to Makanda's own bands, he charted the unknown at the highest level of musicianship.composer
During his journey Makanda gave over 400 compositions to the world, each one a poetic passage in the great story of African-American and Carribean music. From solo to orchestral works, his power and versatility as an arranger was heard in sonorous blends and meticulous craftsmanship.

In over 30 years as an educator in public schools and universities, Makanda touched the lives of several generations of musicians. At the State University of New York at Old Westbury, he founded and chaired one of the nation's first African-American arts departments. His commitment to each student was generous and heartfelt and gave rise to some of the great musicians of our time.
Posted by Arnaldo DeSouteiro at 9:02 AM