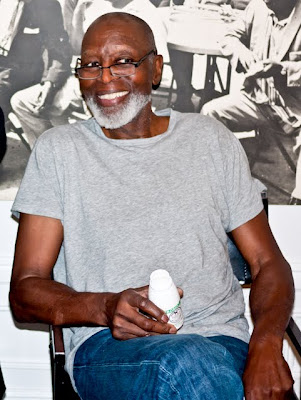 Sad news. Just heard about the passing of Gene McDaniels, one of my favorite "soul" composers alongside Marvin Gaye, Bill Withers and Donny Hatthaway. Born Eugene Booker McDaniels on February 12, 1935, in Kansas City, Missouri, he died yesterday, July 29, 2011 at his home in Maine.

Of course I love "Compared to What" and many other great songs he wrote, but I first became attracted to his work thanks to Roberta Flack. In her early years, Flack used to include McDaniels' songs in all her Altlantic albums. That's how I heard "Reverend Lee" (on "Chapter Two"), "Sunday and Sister Jones" (on "Quiet Fire") and my favorite of them all, the title track of "Feel Like Makin' Love," an album to which McDaniels also contributed three other tunes: "Feelin' That Glow," "Early Ev'ry Midnite" and "Old Heartbreak Top Ten."

Bob James, who had performed on "Feel Like Makin' Love," soon noticed the song potential and quickly re-recorded it in a longer instrumental arrangement featuring the same musicians who had played on Roberta's version: Gary King, Idris Muhammad, Ralph MacDonald and Richie Resnicoff. The track became the radio hit of James' debut album for CTI, "One," produced by Creed Taylor.

Besides his work as a songwriter, McDaniels also cut several albums as a singer and/or producer. Recently he had completed a new project with Terry Silverlight and Ron Carter, not yet released. Rest in Peace, Gene.
*************
Bio from www.genemcdaniels.com:

Gene McDaniels, adored father, adoring husband and incredible friend passed gently into the sweet forever on July 29, 2011 at his home on the Maine coast that he loved so much. Gene is music: lyrical, complex, joyful, perceptive, political, romantic, multifaceted, melodious and magnificent. He is a man of great passion, countless musical personalities, an activist and a spiritualist, a patriot and a rebel, the singer and the song. He loved deeply and is deeply loved. Gene’s continuing body of work and ongoing projects will be brought forth over time. Please enjoy the ever-unfolding artistry and vision of this prolific artist, unique spirit, and remarkable man. As Gene says, stop by and visit sometime.

In 1961, Gene’s first major hit as a recording artist, “A Hundred Pounds of Clay,” reached #1 and remained on the charts for months. Several other recordings followed, all reaching the ‘Top Five’, including “Tower of Strength,” “Chip Chip,” and “Point of No Return.” Building on his success as a vocalist, Gene began writing songs and eventually became a music producer. He has produced for many major labels including Ode, A&M, MGM, BMG, CBS Sony, Capitol, Motown, and many independent labels. He has had numerous top ten records in the various capacities of producer, writer and artist.

In 1986, Gene received an award at BMI’s Annual Million Airs function for the creation, production and publishing of a major work, “Feel Like Makin’ Love,” originally recorded by Roberta Flack and nominated for a Grammy, a song which has now achieved over 6,000,000 performances and been recorded on 400 albums.

Gene’s composition “Compared to What,” originally released in 1968 by Les McCann and Eddie Harris, has appeared in eight major films, including Ice Storm starring Sigourney Weaver, and Casino starring Robert De Niro, and was featured in an international Coca-Cola campaign. This timeless song of up tempo social commentary was recorded and released anew by John Legend and The Roots in 2010 on their album Wake Up. Gene publishes his own and special friends’ music through Skyforest Music BMI, headquartered in NYC, a company he has owned for over 40 years.

Fifteen years ago, Gene launched a new career writing and producing film and video using a body of work personally created and developed by himself and his creative partner. Gene’s acting talents have been put to good use as well, and he is a featured actor in two short films, Devils Minion and The Giver. In 2009 he produced the score for an award-winning short film by Chase Bailey titled Crooked Lane. As a voice-over talent, Gene used his considerable skills in an award-winning MMO video game, League of Legends, created as a number of dramatic and humorous characters for the audio book The Great Improbability, and performed a central narrative character for the Coruway Film Institute’s documentary Front Wards, Back Wards.

Today, Gene continues to create the music he loves. He co-wrote and produced three highly-regarded jazz vocal albums for Carri Coltrane – Flamenco Sketches, The First Time and Child Inside My Heart. New musical albums recently produced, and/or written and performed by him include: Evolution’s Child, Screams and Whispers, Humans Being, and Psychic Sects. Gene has a brand new website www.eugenemcdaniels.com and a brand new YouTube channel www.youtube.com/user/EugeneMcDaniels featuring a number of his recent live and recorded music performances and short films. 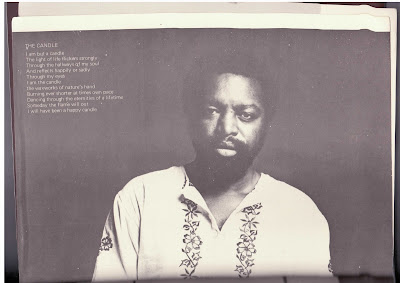 Posted by Arnaldo DeSouteiro at 8:38 AM

In 1961, my parents gave me a tiny, Sony AM radio that fit into my pocket. Listening to WINS and WABC in Queens, NY, I remember listening to "A Hundred Pounds of Clay," and "Tower of Strength" over and over while walking to Archbishop Molloy HS. Great material and a great singer. I'll always remember you, Gene.

In 1961, my parents gave me a Sony AM pocket radio, which I listened to with an earphone walking to high school at Archbishop Molloy in Briarwood, NY. "A Little Bit of Soap," and "Tower of Strength" were constant companions on WINS and "77" WABC. I'll always remember you, Gene: thanks for your buttery smooth soul.