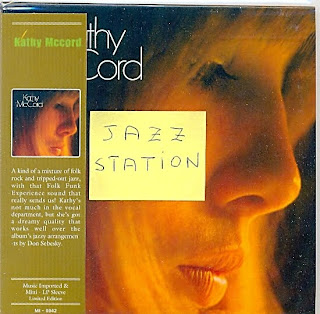 For decades, Kathy McCord's self-titled debut album for CTI (recorded on five sessions in November and December 1969, and released in March 1970 as the first project that Creed Taylor produced at Van Gelder Studio as the LP that started a new era for CTI as an independent label, after a 3-year association with A&M) remained as one of the most hard-to-find vinyls in the past century.

Now, on June 24, 2011, "Kathy McCord" was once again being reissued on CD in Asia, in a limited edition of 3,000 copies issued by the Seoul-based label Media Arte Korea. Better: in a mini-LP sleeve restoring the original LP cover art (conceived by CTI art director Tony Lane, who also did the cover to Jobim's "Stone Flower" before being replaced by another master, my friend Bob Ciano), with the beautiful pic by photographer Price Givens on the front cover. And there are bonus tracks too; 10 of the 18 songs extra songs added to "New Jersey to Woodstock."

Alain Manuel, a French CTI historian from the CTI Fan Blog (http://alain70.unblog.fr/), was the first who alerted me about this new reissue. But I was on my way to Canada, and only some days later, in Montreal, I had the chance to contact Kathy McCord. To my surprise, that's what she told me: "I'm fine...but was not aware of any release in Korea...??? I will have to tell BV (Billy Vera, her brother and unofficial business manager). What label, do you know? I know there was a pirated CD some years ago (the one from the Vivid Label)...didn't know then either, I never saw a dime :( When I find out what the story is I will let you know." 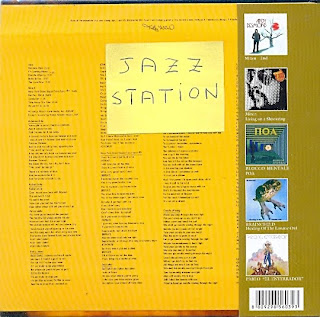 The London-based Ace Records reinstated this precious music to catalog in 2010. Besides the 10 tracks from the CTI LP (recorded at Van Gelder Studios, in New Jersey, on November 18, 19, 20 & 24 and December 2, 1969, featuring Harvey Brooks - the bassist who recorded on Miles Davis' "Bitches Brew" -, John Hall, Paul Harris, Wells Kelly, Ed Shaugnessy and Hubert Laws, who had just been signed to CTI too), that 2-CD set also included both sides of an even rarest pre-CTI single (recorded in 1968 for the Rainy Day label) and nearly 20 demos that Kathy cut in Woodstock during the 1970s. All were from Kathy's own collection, and none had ever been released commercially prior to that CD. 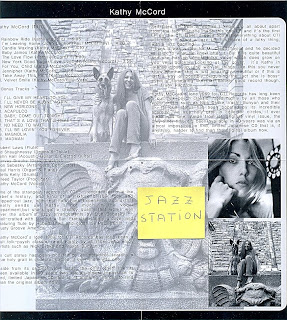 "While the legendary Paul Butterfield was always a musical presence in the Woodstock community and offered his advice and commentaries freely, he was not on the sessions," Kathy says. "However Howard "HoJo" Johnson, the Brecker Bros., blues master Kal David, the multi-talented Marty Grebb and many others are, contributing their unique musical talents, for which I am eternally grateful."

Listening to the repertoire, it’s quite incredible that Kathy never got the kind of breaks that were afforded to considerably less talented contemporaries of hers. She had the look, and the looks. She wrote most of her own material and sung it with supreme confidence and soulfulness. Her lack of success can only be down to a matter of being on the wrong label, or in the wrong place, at the wrong time. But it’s never too late to travel from New Jersey To Woodstock, so buy your ticket and let Kathy McCord make your journey worthwhile.
Posted by Arnaldo DeSouteiro at 6:23 AM