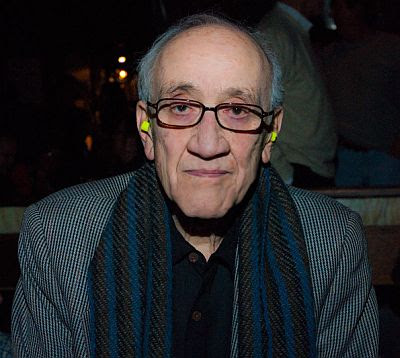 Jerry Ragovoy, the versatile composer who wrote hits recorded by Janis Joplin, The Rolling Stones, Irma Thomas, B.B. King, Jimi Hendrix, Kai Winding and many other artists in pop, rock, soul and jazz fields, passed away in NY on June 13, 2011. For Creed Taylor's CTI label, he produced Sampson & Delilah's cult single "Move Over" (see the link below). Later on, in 1975, Taylor selected Ragovoy's "I'll Move You No Mountain" (originally recorded by the Love Unlimited Orchestra) for Hank Crawford's "I Hear A Symphony" album, produced by Arnaldo DeSouteiro for CD reissue in Japan. Ragovoy, founder of the famous Hit Factory Studios in NYC, also produced and co-wrote Miriam Makeba's greatest hit, "Pata Pata," arranged by Sivuca at the time that the Brazilian multi-instrumentalist worked as musical director for the South African singer.

Jerry Ragovoy, who wrote or collaborated on some of the most soulful ballads of the 1960s, including the Rolling Stones hit “Time Is on My Side” and the Janis Joplin signatures “Piece of My Heart,” “Cry Baby” and “Try (Just a Little Bit Harder),” died on Wednesday in Manhattan. He was 80. The cause was complications of a stroke, his wife, Beverly Matson Ragovoy, said.

Mr. Ragovoy started out as a music buyer for Tregoobs, a Philadelphia appliance store with a small record department. He and the store manager, Herb Slotkin, created the Grand label in 1953 to record a local doo-wop group, the Castelles, whose first release, “My Girl Awaits Me,” sold 100,000 copies.

After being hired by Chancellor Records, Mr. Ragovoy wrote arrangements for Frankie Avalon and was a writer on “About This Thing Called Love” for Fabian. But setting his sights on a career as a Broadway songwriter, he moved to New York in 1962.

His plans went on the shelf when he began writing and producing pop hits. In 1962 he produced and arranged “A Wonderful Dream” for the Philadelphia falsetto group the Majors. He used the pseudonym Norman Margulies for his writing credit on the song.

Under the pseudonym Norman Meade, he teamed up with Bert Berns to write “Cry Baby” for Garnet Mimms and the Enchanters in 1963, which reached No. 4 on the Billboard charts.

A string of gospel-inflected soul classics followed. “Time Is on My Side,” which Mr. Ragovoy wrote for the jazz trombonist Kai Winding and his orchestra, was later recorded by Irma Thomas in 1964. When the Rolling Stones followed with their own version that same year, it gave them their first American Top 10 record. They performed the song on their first appearance on “The Ed Sullivan Show” that year.

Mr. Ragovoy’s songs had a wrenching emotional quality that perfectly matched Joplin’s no-hold’s-barred approach to the blues. “Piece of My Heart,” a Berns collaboration originally recorded in 1967 by Erma Franklin, Aretha Franklin’s older sister, became the standout single from the 1968 album “Cheap Thrills,” which Joplin recorded with Big Brother & the Holding Company.

Joplin recorded “Try (Just a Little Harder),” a collaboration between Mr. Ragovoy and Chip Taylor, on her first solo album, “I Got Dem Ol’ Kozmic Blues Again Mama!” Her last album, “Pearl,” included three Ragovoy songs: “My Baby,” “Get It While You Can” and “Cry Baby.” But she died, in October 1970, before she could record a song that Mr. Ragovoy, with Jenny Dean, wrote specifically for her, “I’m Gonna Rock My Way to Heaven.”

“He was not a melody writer like Carole King or Burt Bacharach, but he really got the gospel-based black idiom,” said Billy Vera, a songwriter, record producer and music historian. “With singers like Mimms and Tate,” he continued, referring to Howard Tate, “and later Lorraine Ellison, New York R&B went deeper into gospel than it had previously. That was his contribution.”

Jordan Ragovoy was born on Sept. 4, 1930, in Philadelphia, where his father was an optometrist. He taught himself to play piano and, while working at Tregoobs, which was in a black neighborhood, immersed himself in gospel and rhythm and blues.

After becoming the head of artists and repertory for Warner Brothers Records on the East Coast in 1966, Mr. Ragovoy began producing and writing for Ellison on the Loma label.

With George David Weiss, he wrote the Ellison hit “Stay With Me,” notable for the backing of a full orchestra that became available when Frank Sinatra canceled a recording session. She also recorded the original version of “Try (Just a Little Harder).”

“Get It While You Can,” which he produced on the Verve label for Mr. Tate in 1967, is regarded by many critics as one of the finest soul albums of that decade, and the songs he wrote and collaborated on for Mr. Tate rank among his best, including “Get It While You Can,” “Stop,” which was later recorded by Jimi Hendrix, and “Ain’t Nobody Home,” later recorded by B. B. King. Mr. Tate and Mr. Ragovoy had a falling out, and Mr. Tate descended into alcoholism and drug abuse, but they reunited to make the album “Rediscovered” in 2003.

Mr. Ragovoy founded his own recording studio in 1969, the Hit Factory, and in the 1970s produced the albums “Keep On Moving” for the Butterfield Blues Band, “Streetlights” for Bonnie Raitt and “Then Came You” for Dionne Warwick.

Mr. Ragovoy lived in Stamford, Conn. In addition to his wife, he is survived by a sister, Loretta Margulies of Philadelphia; two daughters, Melissa Ragovoy of Houston and Gillian Ragovoy Ferguson of Manhattan; and a granddaughter.