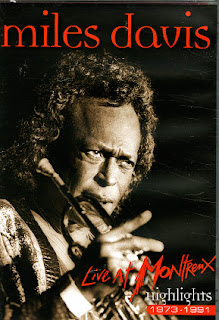 An eagerly awaited release, "Miles Davis: Live At Montreux - Highlights 1973-1991" (total time: 133 minutes!) finally came out on DVD in the USA on June 20, by Eagle Vision. Fans, of course, would prefer to savour the complete DVD series from all concerts performed by Miles in Montreux (a DVD box set titled "The Definitive Montreux Collection" will be released in the Fall, including all of Miles' Montreux appearances), but at least these highlights are a good start.

Miles played many times at the Montreux Jazz Festival, especially after his return to performance in the early eighties. This DVD brings together some of the highlights (ten tunes from eight of his Montreux concerts) of those shows, stretching back to his first appearance on July 8, 1973 -- backed by Michael Henderson, Al Foster, Mtume, Reggie Lucas, Pete Cosey and David Liebman -- and up to his final concert there on July 8, 1991 (originally released on LaserDisc as "Miles & Quincy Live at Montreux," with Quincy Jones conducting Gil Evans' arrangements), just a couple of months before his death in September of that year. 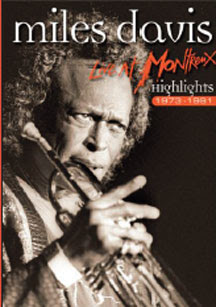 A complete box including all Miles' appearances at Montreux will be released in October. Meanwhile, you can dig "The Complete Miles Davis at Montreaux" 20-CD box set released in 2002, comprising all concerts by Miles Davis at the Montreux Jazz Festival between 1973 and 1991 (most exactly in 1973, 1984, 1985, 1986, 1988, 1989, 1990 and 1991), leading different groups that featured such musicians as Bob Berg, Kenny Garrett, Rick Margitza (in the brilliant 1989 concert I was fortunate to attend), Kei Akagi, Darryl Jones, John Scofield, Grady Tate and many others. 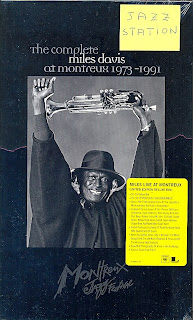 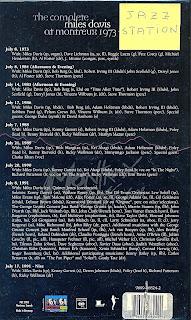 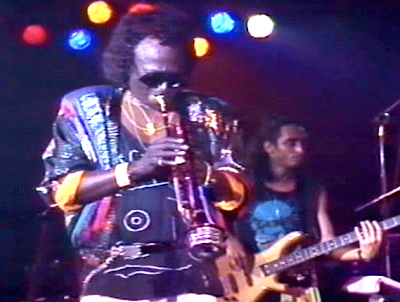