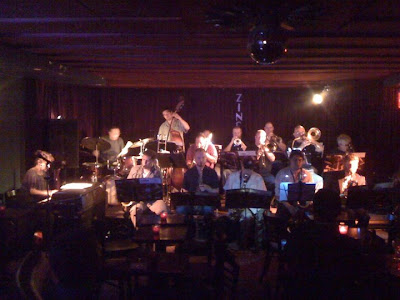 Artistic, talented, dedicated- these are but three of the many attributes that describe pianist, composer and bandleader Cecilia Coleman. A native of Long Beach, CA and resident of New York, Coleman began to play piano at age 5 and at age 15 began to study jazz piano. She is a potent pianist capable of performances that are both exciting andmoving. She has developed into an exceptional composer whose distinctive,varied pieces reflect where jazz has been and where it is going.

Coleman has led her own groupsince 1990 when she formed a trio with bassist Eric Von Essen and drummer Kendall Kay. In 1993 her quintet was formed. In addition to numerous clubappearances such as Jax Bar & Grill (Glendale), the infamous Chadney's (Burbank) and the Jazz Bakery (Culver City), Coleman has performed at theMonterey Jazz Festival, the Telluride Jazz Festival and the New Mexico Jazz Workshop. With the Quintet, Coleman has gone on to substantial acclaim in theLos Angeles Jazz scene and beyond.

She is currently the jazz piano instructor at her Alma-mater CSU Long Beach where she teaches one week amonth during the school year. On the East Coast she is the accompanist for the Modern Dance Center of Westchester in Bronxville. She maintains her regular working quintet on the West Coast, which includes such noteworthy musicians as Steve Huffsteter, Jerry Pinter, Christoph Luty and Thomas White.

She has six CD's out as aleader: "The Impostor", "Higher Standards","Home", "Young & Foolish", "Words of Wisdom" and “Images”. She is also on three recordings of The American Jazz Institute headed by Mark Masters which feature Lee Konitz, Billy Harper, Jack Montrose, Ray Drummond, Tim Hagans and Gary Smulyan plus many more.