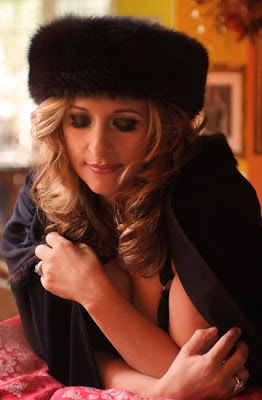 Called "a rising star in World Music" by the San Francisco Examiner, vocalist Ramana Vieira releases her new CD "Lágrimas De Rainha (Tears Of A Queen)" on the Pacific Coast Jazz label. Ramana Vieira has solidified her place as one of the premier world music artists who understands the tradition of Portuguese Fado singing, a melancholy and often-mournful music similar to the American blues, yet continues to creatively construct a path into the future by combining new musical textures and original compositions.

On the new CD, "Lágrimas De Rainha", Ramana paints sonic pictures that support her desire to invent a fresh Fado sound blooming from the ground of her own Portuguese family roots. Many of the songs on the recording are inspired by Ramana's main influence, Amália Rodrigues, known as the "Rainha do Fado" ("Queen of Fado") and who is attributed to popularizing the Fado worldwide. According to Ramana, "nobody else is doing what we are doing with Fado. Take the feel and groove of Shakira and the melodic textures of Dulce Pontes and that is how I would describe our music."
For more details:
http://jazzstation-oblogdearnaldodesouteiros.blogspot.com/search?q=%22Ramana+Vieira%22
Posted by Arnaldo DeSouteiro at 10:35 AM